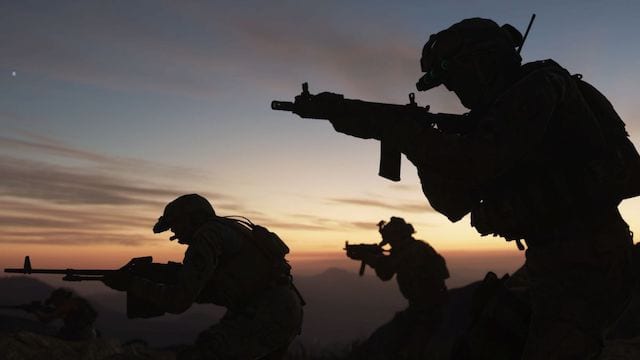 If you’re a fan of the 2019 Call of Duty: Modern Warfare reboot and still play often, you’re likely familiar with the new maps that shuffled in and out of the game recently. Infinity Ward didn’t exactly make a scene of the last update, as zero information was officially shared about the three new maps before they appeared in-game.

Killhouse, Al-Raab Airbase, and Drainage were added, though the availability for the latter two was limited to custom matches. While players were caught off guard, the surprise was certainly a welcome one. While Killhouse still features as a 24/7 playlist option, Al-Raab Airbase and Drainage were pulled in the same fashion in which they arrived. If the developer’s goal was to confuse people, consider it mission accomplished.

Players have undoubtedly been frustrated by Infinity Ward’s strange behavior, as a simple update on what’s going on with the new content would have been appreciated. Fortunately, Infinity Ward cleared things up. The developer finally acknowledged the minor fiasco on Twitter and explained that the two removed maps were not ready for release. It appears the maps accidentally made it into some kind of update, which likely boils down to a miscommunication between teams.

We recently released two new maps to Modern Warfare, ‘Drainage’ and ‘Al-Raab Airbase’ which were available in private match. We temporarily removed them as they aren’t quite ready and need a bit more love before returning. We’ll update soon on when they’ll be back!

Back into the oven

While Infinity Ward didn’t specify when the new maps will be ready for official release, we can at least rest easy in knowing that we will receive the content. Modern Warfare has been around for a little while now, so the new maps will help to keep things fresh. More players will likely return to the game as well since Killhouse is a classic fan favorite from the original Call of Duty 4: Modern Warfare.

If you’re curious about the maps in question, there’s plenty of video documentation out there on what was released. We can likely expect minor changes for the final versions, with an emphasis on improved sightlines, spawns, and rotations. We’ll keep an eye out for what happens, as well as if there are any noteworthy patch notes.