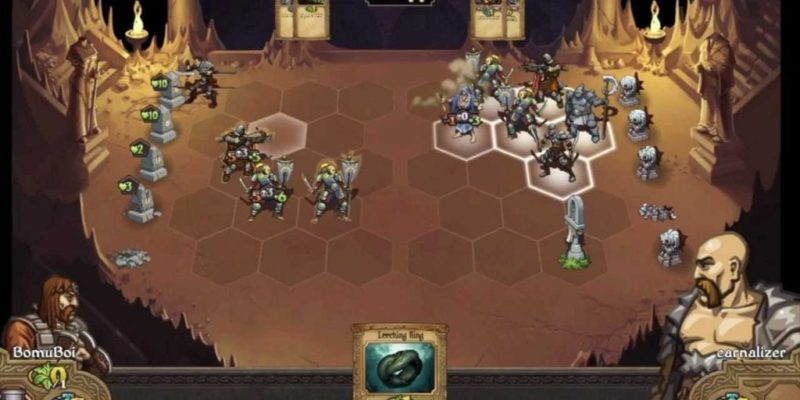 Mojang, the developers behind the critically acclaimed indie game Minecraft, have released a trailer with gameplay for their latest title, Scrolls.

Scrolls is aiming to be the next big online collectible card game and Mojang would also like your help with shaping what the game will be like once the game reaches open beta. Which coincidentally should not be too far away as the game is close to entering a closed alpha soon as Mojang’s Jakob Porser wrote on the official Scrolls website:

We are rapidly approaching the closed alpha of Scrolls. Although this alpha version will be far from a feature complete version of the game, it will include multiplayer matches, single player matches vs AI and the Deck Builder, where you can build your decks out of the 100+ scrolls that currently exist in the game.

As we get closer to a stable build, we will stop the closed alpha, and move to an open beta, where you will be able to buy the game at a reduced price and with some added benefits (more about that later).

At that point, we will also look to include the single player world, where you can explore and do battle to earn new scrolls to your collection.

Keep in mind, that the beta will not be feature complete. We will still have a big bag of goodies that we plan to include over time, such as an auction house where you may buy or sell scrolls from each other and additional features in the world such as character customization, items, quests and so on. If you’re wondering why we would release a game that’s obviously not finished, the reason is simple: We want your feedback in good time to help us shape Scrolls to be the next big online Collectible Card Game!

So if you’re curious enough to pick up a copy of the game, please don’t be shy. Hit the forums and help us out!

Don’t forget if you signed up for the closed alpha there is a chance you could be getting your hands on the game pretty soon!

Our Artist Got A Little Too Excited About Timesplitters 4