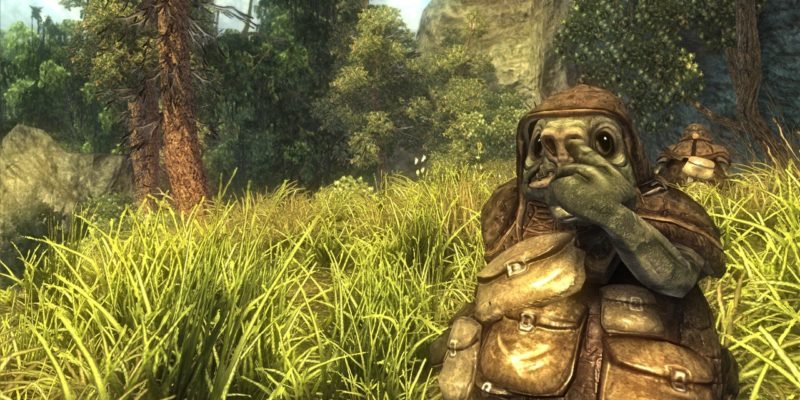 There’s no bigger wildcard in the video game industry than THQ Nordic. Since its transformation from bankruptcy-to-baller, the company has been buying up intellectual property as if its life depended on it (which in all honestly, it probably does). All of that moving and shaking has given THQ Nordic a few bargaining chips, some of which it’s now cashing in.

Today, the publisher announced that it would part ways with notable franchises Red Faction and Painkiller in a trade. This exchange with Koch Media wasn’t unfruitful, as several IP – Risen, Second Sight, and more – will find new homes in Vienna.

It’s interesting to note that both THQ Nordic and Koch Media are owned by Embracer Group. As such, this might just be a play to assist in the development of titles or overhaul whatever projects they may be working on. For games like Risen, it was previously developed by Piranha Bytes and published by Deep Silver, which is owned by Koch Media.

Other titles in the acquisition/trade include Sacred, Rush for Berlin, and Singles: Flirt Up Your Life. One common thread amongst these titles is the lack of modern releases or availability on digital platforms. Even searching around the web for Singles: Flirt Up Your Life brings up mirrors to download. But hey, it also looks like the kind of PC game you might find in the bargain bin at your local big-box store.

This announcement from THQ Nordic might also be a simple formality. There could be new games in development as we speak. One likelihood is that this announcement is teeing something up for Geoff Keighley’s newest project, Summer Game Fest. The four-month-long online event will bring the industry together to make announcements, reveals, and anything else gaming related. If THQ or Koch do have new games in these franchises in the works, Summer Game Fest may be the prime time to announce them.