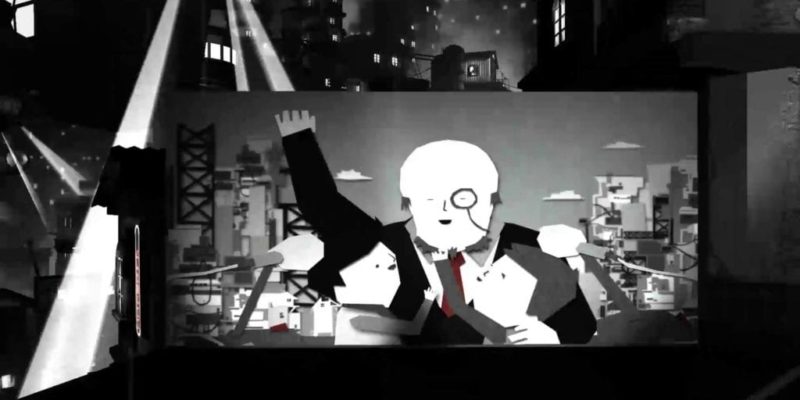 More open living arrangements than those shown in the trailer.

Monochroma is said to be partly inspired by the developer’s move from the countryside of Turkey to urban Istanbul. It’s clear from the looming, oppressive buildings and miserable weather present in this cinematic teaser that the urban environment was not to their liking.

The game will be a narrative-focused platformer, in which players take the role of a pair of brothers who have witnessed an unnamed but horrific crime committed by a powerful corporation. Puzzles will block their progress as they seek to lift the Monochroma world from tyranny.

Judging by the trailer, that tyranny has been enforced by a previously populist leader who seems to have spent his time bulldozing the countryside in order to open garish shopping complexes. Nowhere Studios say the game will question “the societies of control, disinformation of media, destruction of nature, child labor exploitation and the liberal economy,” which are some pretty hefty topics to take a swing at. Nothing like being ambitious, eh?

In addition, the developers have announced they will donate $1.00 USD from every sale through their website to Save the Children, and 15% of any revenue made in Turkey to an organisation that helps homeless children.

Monochroma is coming out later this year.