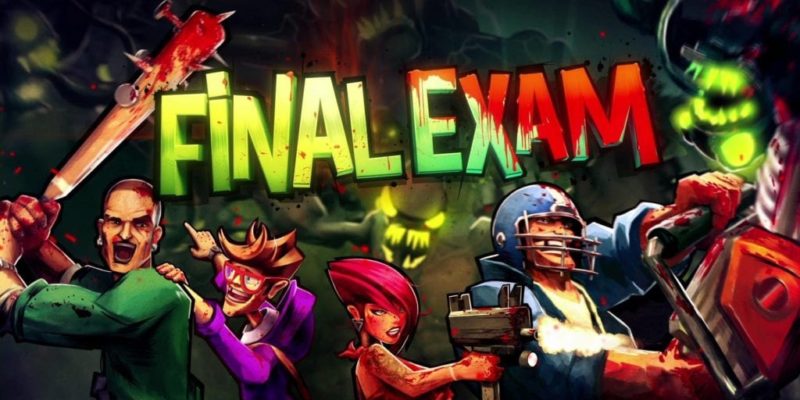 In a fairly bizarre move, Focus Interactive are offering the first chapter of Final Exam for free… sort of. Rather than just releasing a demo, you need a special Steam Early Access key generated on their website.

There’s no mention on how limited these keys might be. That said, I’d assume there is some sort of limit, so – if you fancy bashing your way through a horde of monsters either solo or in co-op for up to four players – you might want to get in on this quickly.

Final Exam was formerly a game based on the ObsCure survival horror franchise, but the developers renamed it when they realised that if they called the game ObsCure, people might actually expect a game like ObsCure. Being that its predecessor was a relatively slow-paced survival horror title about trying to stop a mysterious evil infesting your high school and abducting students, and this is a cartoony side-on brawler, you can see why they might have decided to do this.

There’s a trailer below in case you need to know a bit more. Otherwise, just head on over to the official website to pick up your key.

The Witcher infographic shows how far the series has come

Terraria joins the Halloween festivities with the1.2.1 update