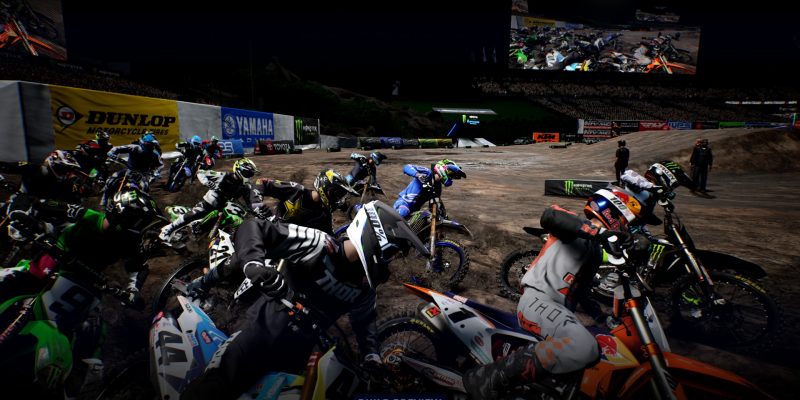 Hot on the heels of Monster Energy Supercross 3 is the newest entry in the series: Mean, Green Caffeine Bike Battle 21. Wait, no. Monster Energy Supercross 4. I’m not sure how that happened. Debuting in 2018, this is the series’ fourth annual game release and it’s set to jump onto Steam on March 11, 2021. We got an early hands-on for a bit of a preview that saw us riding a bike just like the last three.

The preview build of Monster Energy Supercross 4 began by letting me design and name my own rider. Although that sounds more in-depth than it actually is. You can choose your rider’s height and sex, followed by their head. I say just their head because, while there are different faces and hairstyles to choose from, they’re both connected and can’t be chosen independently. Then you can select hair color. And you can even pick your own riding number. What a time to be alive.

Once I picked my rider, I was given the option of jumping into Monster Energy Supercross 4‘s tutorial. I didn’t play the original trilogy so the controls were new to me. But not really because this is a racing game. You can change your positioning with the controller’s right stick, which is important in regards to how you maneuver through the myriad jumps and bumps that you’ll find in the dirt every few feet. Once I got out of the tutorial, I was no longer allowed to use my character. They will be in my heart always. 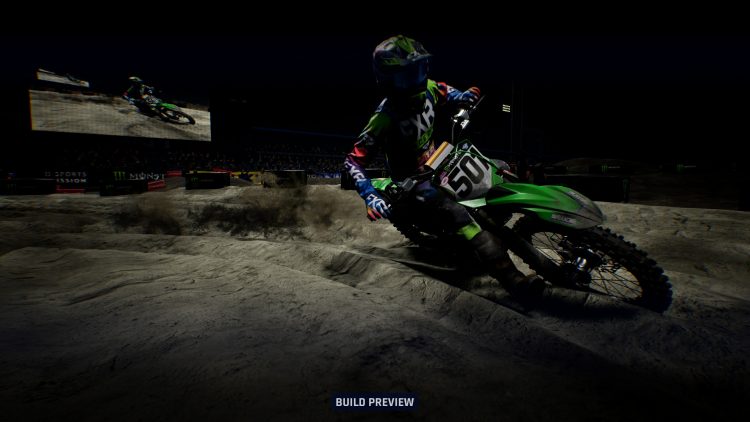 After learning next to nothing from the tutorial, it was time to horribly embarrass myself in Monster Energy Supercross 4‘s single races. In these, you select from multiple pages of real riders and their bikes, followed by choosing from a bunch of real-world venues, such as ones in Anaheim or Daytona. Then I had some options to pick between, including the length of races and difficulty of the enemy racers. I went with medium because I’m a rebel that likes to live in the danger zone. The game’s tutorial made it clear that, once I was at the gate before a race, I was to hold the ignition, the left bumper, and push the right stick forward and then release the left bumper as soon as the gates opened. This way, I’d get a strong start.

For whatever reason, that advice didn’t seem to work. In fact, it did the opposite and I kept finding myself always moving after the rest of the pack. Oops. Now, I’ve never played a supercross game before but I immediately found myself in last place in every race. I’m not entirely sure how I’m supposed to be holding the right analog stick for things to work out properly. I do know that holding the stick back when moving up an incline and then moving it forward when the bike jumps at the end increases air time.

We’ll need to wait until March 11 to see what else Monster Energy Supercross 4 (really rolls off the tongue, doesn’t it?) has in store for players, which I’m sure they’ll be very vocal about when the time comes. The moral of this story is: I have no idea what I’m doing and I’m barely even sure of what day it is half the time. I do know that I like colors and movement when I play my digital zoom zoom entertainment and this game has that in what some would likely call spades. 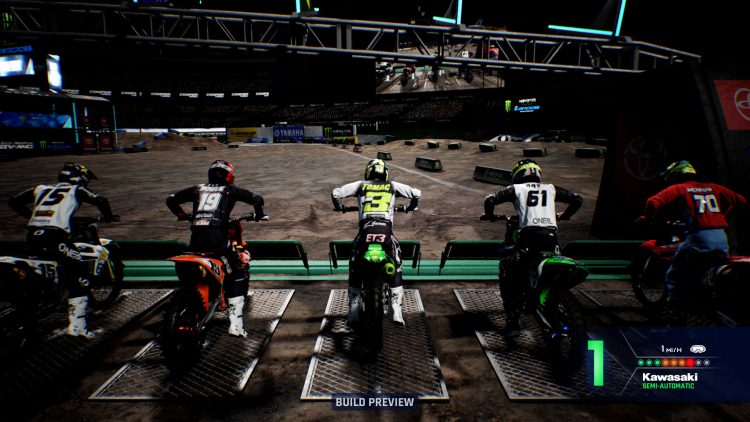