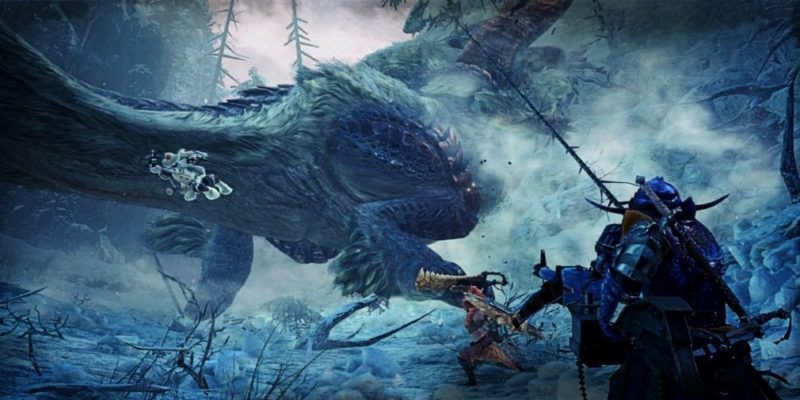 Monster Hunter: World has been a global success. Having reached universal critical acclaim and shipped over five million copies in just three days, the action role-playing game was a huge win for Capcom. As previously covered, the trailer for their last and largest expansion, Iceborne, was released just this month. Since then, a ton of new information has surfaced regarding the expansion, due September 6. The expansion alone is the size of whole previous games.

Released just this week is the new trailer for one of the expansion’s big baddies: Glavenus. Here’s everything we know on the new trailer’s scaly brute.

Iceborne isn’t this big bad’s first rodeo. The Glavenus was first introduced in the previous Monster Hunter: Generations. This enormous brute wyvern bears the head and body of a prehistoric theropod, with a massive sword-like tail. It’s hands-down one of the biggest challenges coming in Iceborne, with its devastating tail attacks and area-of-effect fire abilities. If the trailer is any indicator, this monster is no slowpoke, either.

Glavenus’ original Japanese name is Dinovaldo, referring to “dinosaur” “nova” and “halberd.” That seems pretty fitting, given the fact that it’s basically a fiery, bladed dinosaur. 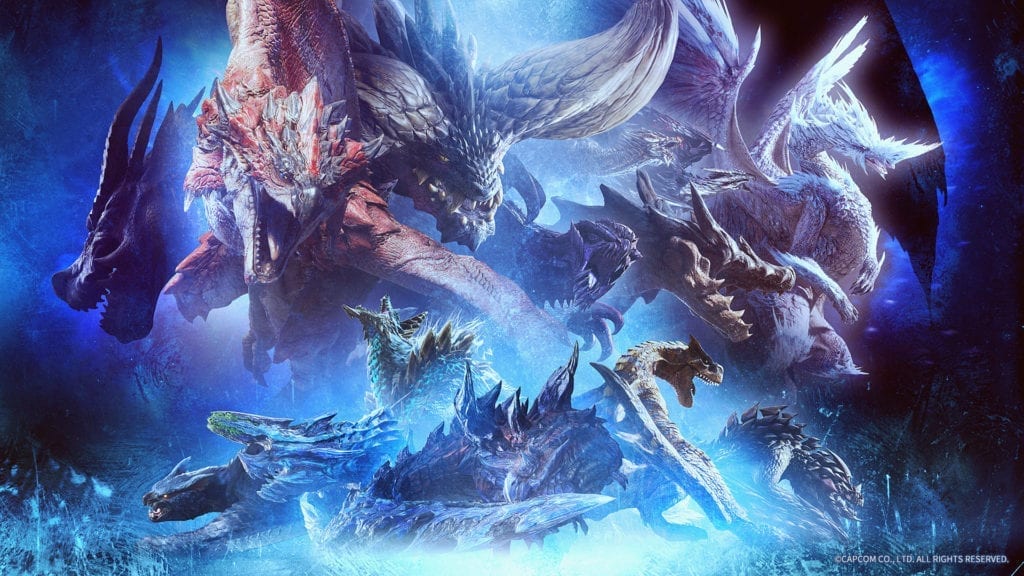 Glavenus is among the toughest of all the Iceborne monsters, returning from previous games to wreak havoc once more.

Glavenus has a variety of formidable abilities to challenge hunters with. This fearsome apex predator has the ability to sharpen its bladed tail in its mouth. While this may seem like just a practical habit – and one possibly lacking in dental hygiene – it has a deadly and surprising effect to it. This causes the beast’s tail to become heated, which allows it to expel fiery blasts with it. These cause considerable damage and allow Glavenus to hit its prey from a considerable distance. It can also launch fireballs from its mouth, which have undoubtedly caught many an advancing attacker off-guard. In addition, its bite also deals measurable fire damage. Basically, if you’re gonna be squaring off against Glavenus, it’s a safe bet to leave your sweater at home. 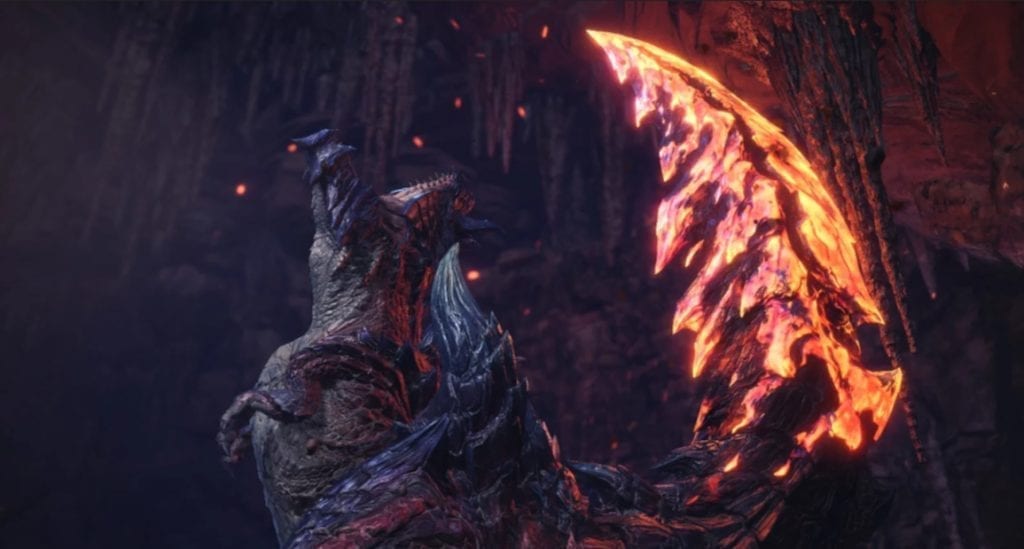 From its explosive tail attacks to fireball projectiles, Glavenus will put a lot on even the most seasoned monster hunter’s plate.

Glavenus is one of the top dogs in Iceborne

Glavenus isn’t exactly a passive creature. In fact, it’s believed to be one of the most aggressive monsters in the world of Monster Hunter. Its throat aglow with molten fury, the wyvern isn’t one to shy away from confrontation. Roaring fiercely and dragging its tail across any surface it’s currently menacing on, these behaviors are ones of a territorial and cautionary nature. No different from a rattlesnake’s signature tail shake, the message is usually heard loud and clear. If hunters are looking to down this deadly dino, they’ll have to stock up on fire resistance gear and food. As is the case in most video games with fire-based opponents, using water to your advantage will help out in the long run as well.

While Monster Hunter World: Iceborne releases for Xbox One and PlayStation 4 on September 6, PC/Steam players will unfortunately have to wait until this winter to play the expansion. Players can purchase a bundle, featuring the base game and expansion, for $59.99 USD or the expansion as standalone DLC for $39.99. There’s also deluxe and master editions available, which offer extra cosmetic items and an additional limited edition steelbook. Players looking to preorder Iceborne can do so at the game’s official site.

Are you looking forward to Monster Hunter: Iceborne? Do you have any additional tips on how to beat Glavenus or any of the other big baddies in this expansion? As always, let us know in the comments!

By Andrew Farrell1 hour ago
Previews