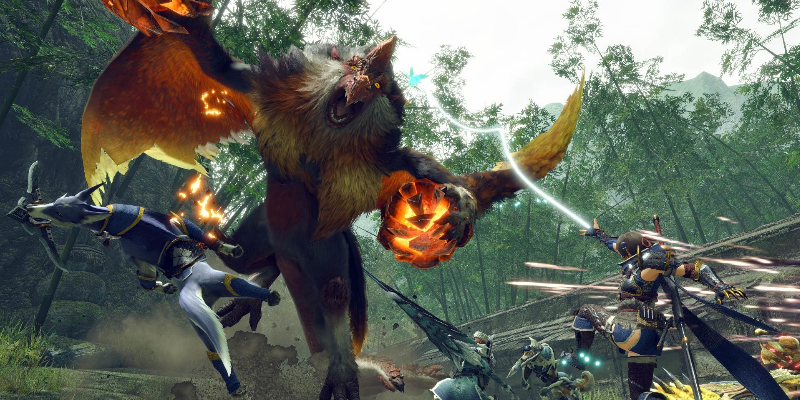 The expansion takes place in Elgado, a distant port town known for its trade. It also doubles up as a research facility that’s perfect for investigating monsters. In Elgado, players can find a merchant, blacksmith, canteen, and command post. Basically, it has everything you need to hunt down the local wildlife.

Speaking of which, the team from Elgado has identified some major threats that they call the Three Lords: Garangolm, Lunagaron, and the elder dragon, Malzeno. Each one is considered a threat to the kingdom, and they must be dealt with before it is too late. Also, there are numerous never seen before regular enemies that can be found wandering the new locales.

Monster Hunter Rise: Sunbreak is available for pre-order ahead of its release date on Steam. It costs $39.99 USD and requires the base game to play. Furthermore, a Monster Hunter Rise + Sunbreak set which contains both the base game and the expansion will also go on sale. It’s a good option for those that want to experience everything Rise has to offer.

With the expansion coming, you’ll want to make sure that you are prepared for it.  To access Sunbreak‘s new content, players must complete the seven-star hub quest Serpent Goddess of Thunder. To assist with this, the game is handing out powerful support items.

These items include the Defender series for all 14 weapon types, the Black Belt Hunter armor, and the Veteran’s Talisman. All of these items have useful stats or passive abilities that should greatly speed up the process of getting to Sunbreak‘s content. These items will be useful if you are starting out fresh and want to catch up as fast as possible.

Lost Ark guide: How the card system works and why it is important