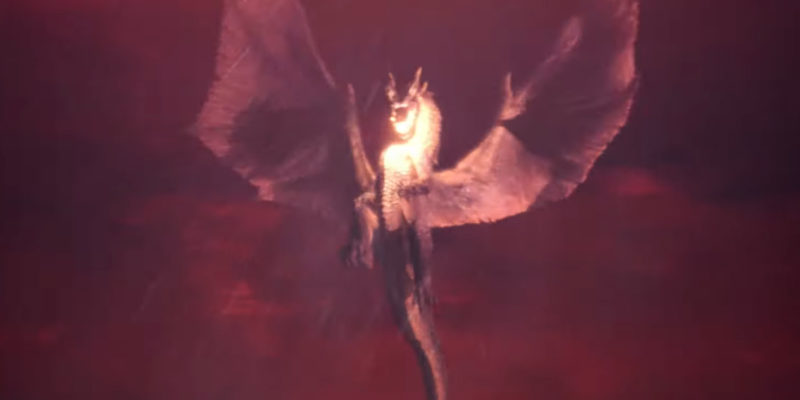 Monster Hunter World and its Iceborne expansion were huge successes for Capcom. The franchise broke into the mainstream and spawned a huge demand for more monster slaying action. The developers obliged with plenty of title updates which added requested features and improvements to the overall experience over time. That time is unfortunately about to come to a close with Title Update 5, but there is a silver lining to it all. The Final Stand will re-introduce an iconic franchise boss for players to vanquish. We’re talking about Fatalis, of course. Rumors and speculation circulated leading up this announcement, and clearly they turned out to be true. The legendary black dragon will return on October 1, so there’s still time to prepare for the Monster Hunter World Fatalis update.

Longtime Monster Hunter fans will remember Fatalis from the original game in the series. Needless to say, he’s a big deal and certainly a worthy foe for the last end-game encounter. Fatalis is a fire-breathing powerhouse that also boasts tail-whip attacks and the ability to become airborne in a moments notice. Unlike the dragon’s previous nature of roaming the map and showing up to give players a bad day, Fatalis appears in a set location in the appropriately named mission, “The Last Stand.” It’s no surprise that Castle Schrade will see the final showdown.

The rewards for defeating him however, are certainly worthwhile. The developer diary previewed his epic armor set, which showed a player kitted out in some draconian armor with fantastical weapons to pair. The developers described Fatalis as “at the top of the ecosystem,” and teased armor/weapon skills to match its reputation. Apparently we won’t know any more than that until we slay the beast ourselves.

As previously mentioned, the Monster Hunter World Fatalis update will begin on October 1. In addition to The Final Stand, players will be able to participate in a new Event Quest, earn Master Rank Layered Armor. The annual Halloween-themed Autumn Harvest Fest will also kick off later in October and run into November. Check out the 2020 developer roadmap below for more details. Capcom also has some smaller content additions planned, and the developer outlined more of what to expect in the latest developer diary. 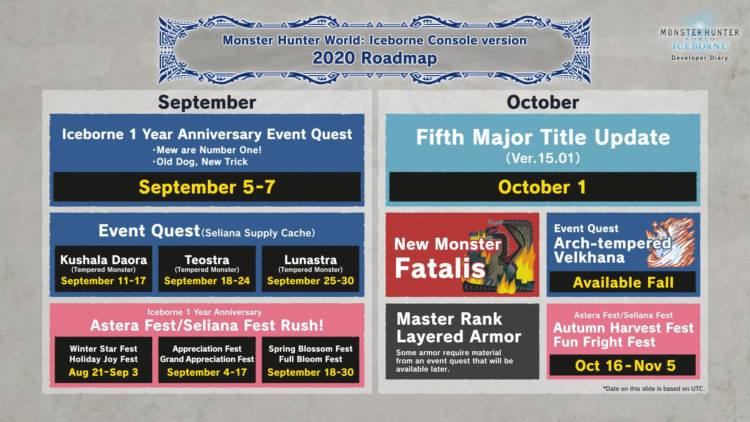 By Elise Nelson5 mins ago
News