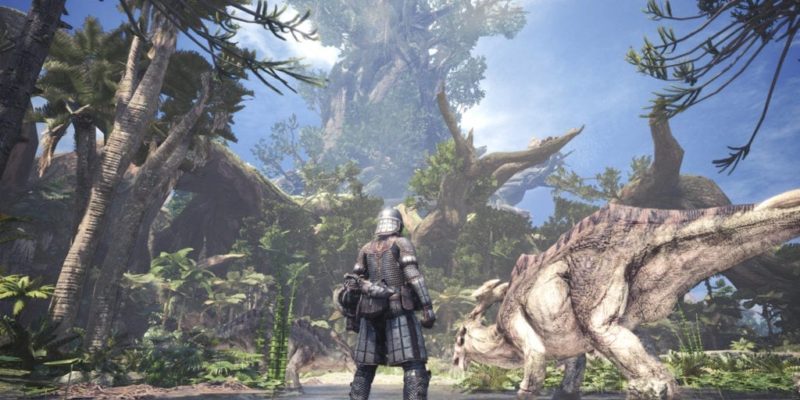 Good news for those of you with access to Nvidia’s RTX line of graphics cards: Capcom’s Monster Hunter: World is set to receive DLSS support this week in a new update. Hitting Steam on July 17, 2019, the update will not only improve the quality of in-game assets but will boost performance metrics for players at 2.5K and 4K resolutions. To take advantage of the update, you’ll need to download Nvidia’s latest drivers for the GeForce line, install Monster Hunter: World‘s “High-Resolution Texture Pack,” and then enable DLSS support in the display settings menu of the game.

A quick refresher — DLSS is an abbreviation of “Deep Learning Super Sampling.” It’s a new technology employed by Nvidia to improve the performance of games at higher resolutions through the use of deep learning AI systems. The benefit to DLSS is that games should be able to render at higher resolutions while allowing for smoother performance, which will be great for people with 4K 144 Hz monitors. Nvidia has a whole page dedicated to explaining how the technology works, which is better than me trying to summarize it for everyone.

For anyone without those fancy new graphics cards, World will also be receiving a sharpness slider in its options menu. This will essentially allow for supersampling by allowing users to adjust the clarity of the textures of their own volition. I’m not sure you really need to worry about that as the game runs fairly well on older hardware, but the option is appreciated.

Monster Hunter: World released in January of last year for PlayStation 4 and Xbox One, and then for PC that following August. The game garnered a highly positive critical reception to boot. Destructoid’s Chris Carter said of it, “Monster Hunter‘s core since 2004 has been predicated on grinding and discovering its own esoteric rules and principles. That hasn’t change a lot in 14 years, but Monster Hunter: World’s sleekness makes it a whole lot easier.”

Sci-Fi RPG Everreach: Project Eden is like a mini-Mass Effect this Sept.