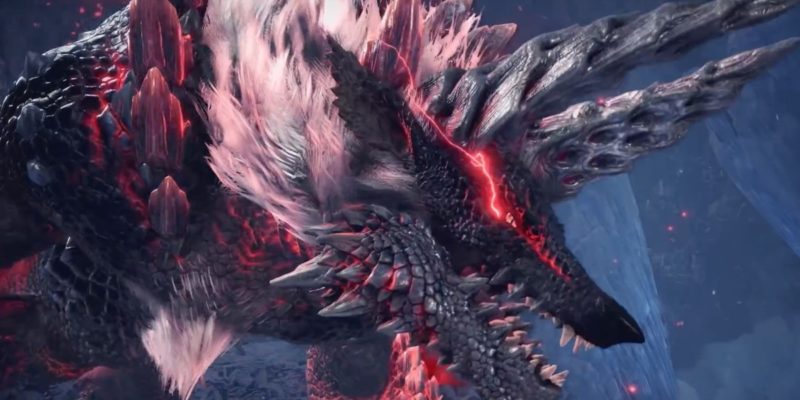 If you’re a fan of getting a beatdown from giant monsters, then it’s a good time to be a Monster Hunter fan. Two new ferocious monsters have just been unleashed on Monster Hunter World: Iceborne PC players.

PC gamers are still playing catch up to their console brethren. But with the two monsters released this month and two more coming next month, they’re on track to sync up with the console updates in May, as predicted in the Iceborne roadmap.

The first new monster Iceborne players can encounter is the Stygian Zinogre. Also known as the Hell Wolf, this Dragon Element monster has a symbiotic relationship with the Dracophage Bugs that swarm around it. Players can set out into The Guiding Lands to find it. You’ll easily recognize the Hell Wolf by its black body and white spines, as well as the red lightning constantly striking around it.

Weighing in at even more than the Stygian Ogre, the second new monster to torment players is Safi’jiiva. Safi’jiiva is the fully grown version of Monster Hunter: World‘s Xeno’jiiva, and you can find it in Secluded Valley. It’s a Dragon and Fire Element monster that uses breath attacks to obliterate hunters who dare challenge it. Plus, Safi’jiiva possesses an ultimate attack that will instantly kill you. You cannot dodge it. To survive, you need to use the environment to hide like a coward. There’s no shame in it.

You can attempt the Safi’jiiva Siege from March 20 for a limited time. Defeating this beast will let you awaken some incredibly powerful gear.

Monster Hunter World: Iceborne can be purchased for PC via Steam and includes the free updates that bring new monsters and challenges for players. However, you do need to own the base Monster Hunter: World game to play Iceborne. You can purchase it or a bundle of the two on Steam.