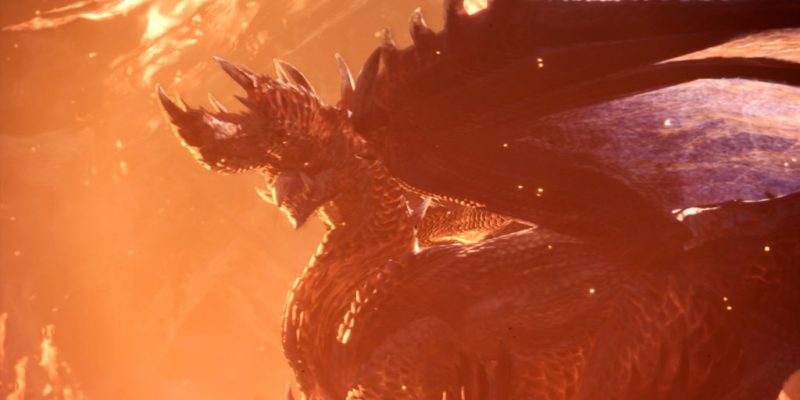 Capcom had to hold off on content updates for Monster Hunter World: Iceborne for a time. Back in April, the publisher halted all title updates indefinitely due to issues surrounding the detrimental impact of the coronavirus pandemic. Time has passed, however, and Capcom is once again ready to start delivering fresh batches of hot, steamy monster guts straight to you, the fans. Title Update 4, with the new Alatreon monster, will be available on July 9.

The main draw of Title Update 4 is the aforementioned Alatreon. In the original roadmap, it was described as a Blazing Black Dragon — which is self-explanatory. It’s a black dragon that breathes fire, I imagine. I used my brain for that. Naturally, as this is Monster Hunter World: Iceborne, where you hunt monsters in a world of some definition, taking on and beating Alatreon will offer proper rewards. Defeating the beast allows you to gather materials to create Alatreon weapons and armor.

While exciting, Capcom is certainly being coy on additional details. The trailer for the update offers a mere glimpse at the terrifying Alatreon. Much of the additional information for the update is unfortunately just as vague. Capcom promises to provide a full reveal on July 3 during a developer diary. You can watch the show in full at the Monster Hunter Twitch or YouTube channel.

Getting back in rotation

Capcom also wrote a little on Event Quests. Starting on July 8, said quests are returning to normal rotation. The publisher will post a schedule for Event Quests on its website starting on July 3, as well as in game at the Notice Board.

Title Update 4 will be available for Monster Hunter World: Iceborne starting July 9. The update will be completely free, so don’t worry about busting open your poor wallet. I’m sure it will appreciate the break after the Steam Summer Sale.