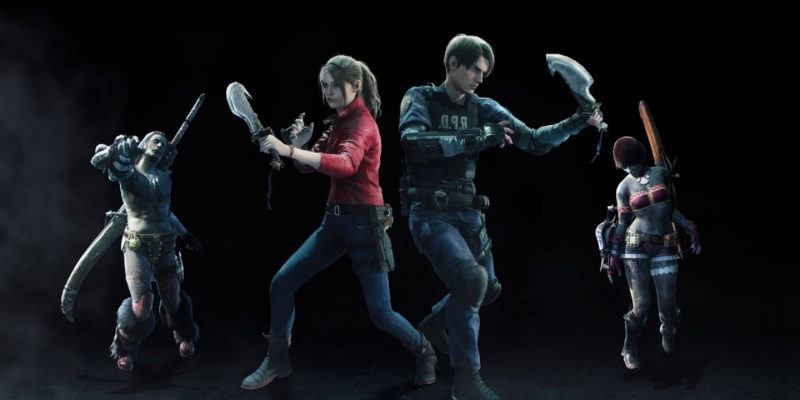 Back in November of last year, some players of Monster Hunter World: Iceborne were treated to a particularly cool special event, in which characters, armor, locales, and monsters from the recent Resident Evil 2 remake were added into the game. Alas, at the time, this special event was exclusively available for console players, as the Iceborne expansion had yet to release on PC. Now, though, Capcom has announced that the Monster Hunter World Resident Evil 2 PC event is just around the corner, with the event coming to Steam some time this month.

Currently scheduled for vague release sometime in February, the Monster Hunter World: Iceborne x RESIDENT EVIL 2 event will allow the player to take on the terrifying Blackveil Vaal Hazak and earn special Resident Evil-themed rewards for their trouble. There’s also a special additional mission that sees the player transformed into a terrifying zombie, as well as the opportunity to craft Leon α+ and Claire α+ armor, which is based on Leon Kennedy and Claire Redfield, the protagonists of Resident Evil 2.

If this weren’t enough, there are also brand new skins available for the player’s handler, including one based on the disturbing Tyrant — just in case having the character follow you around in one game wasn’t creepy enough. In addition, Capcom is adding in a brand new monster, the Rajang, which will be available from tomorrow and is unconnected to the special event.

Despite sounding like a truly bizarre mash-up, the crossover was initially very well received by Monster Hunter World console players. It turns out that throwing zombies into Monster Hunter works particularly well, and the attention to detail in providing pendants and other Easter egg rewards for players makes the entire crossover feel like a true celebration of both popular games.

This timed event probably won’t last for more than a few weeks. Capcom has been good about providing plenty of new content to keep players invested in Monster Hunter World, and part of this has meant cycling through a series of different events for players. Last year, only a few weeks after the Resident Evil event, PlayStation 4 players were treated to an event based around Horizon Zero Dawn.

With Capcom still so dedicated to providing an ongoing Monster Hunter World service, it only remains to be seen what other classic game series gets a special event next. Dead Rising would probably feel a little too similar to Resident Evil, but with a Mega Man Easter egg already in the game, it might not be too long before the Blue Bomber gets a more prominent moment in the limelight.

While these kinds of crossovers might be damaging to player immersion, thus far Capcom’s fan service has been well received by fans. Part of the reason for the appeal of the Monster Hunter games is the way that a believable, fleshed-out world of downright scary creatures can also support a little levity and silliness. It remains to be seen what will come after the Monster Hunter World Resident Evil 2 PC event, but regardless, it’s clear that there’ll be plenty of incentive to keep playing Monster Hunter World: Iceborne for the foreseeable future.