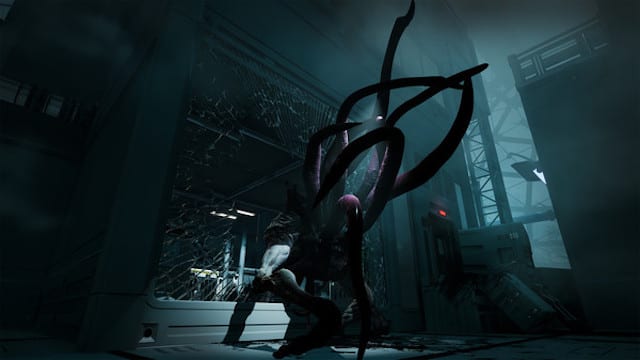 Just in time for Halloween, Funcom has a new game that’s likely to send shivers down your spine – especially if you’re into psychological horror. Revealed earlier this year, the company announced today that Moons of Madness will launch for PC on October 22. A release will also follow in January for Xbox One and PlayStation 4.

Described as a “Lovecraftian cosmic horror” experience, Moons of Madness has you investigating a mysterious signal that comes from the surface of Mars. The Orochi corporation has looked into it and, through some resourceful decoding, found that it has intelligence within it. However, rather than reveal its findings to the public, the company instead began to build a research outpost, Invictus, to keep tabs.

As a technician stationed at said outpost, Shane Newehart, you don’t really know that much about the signal. Your job is simply to keep things running until a transport ship arrives with a new team to take over your shift. However, strange things have begun occurring that puts your job – and possibly your life – at risk. This includes systems required to keep things up and running suddenly crashing down, or a strange mist leaking within the greenhouse. What starts as a small series of problems soon grows into something bigger, forcing your character to act.

“With your only hope of rescue hundreds of thousands of miles away, you will be forced to explore the real-world fears of isolation and paranoia, enhanced with supernatural elements and cosmic horror. Terrifying visions and monstrous apparitions will make you question what is real and what is not as the very fabric of reality threatens to tear at the seams,” the team notes with the game’s announcement.

Do you have what it takes to survive Moons of Madness this Halloween? You’ll be able to find out in just a couple of weeks!