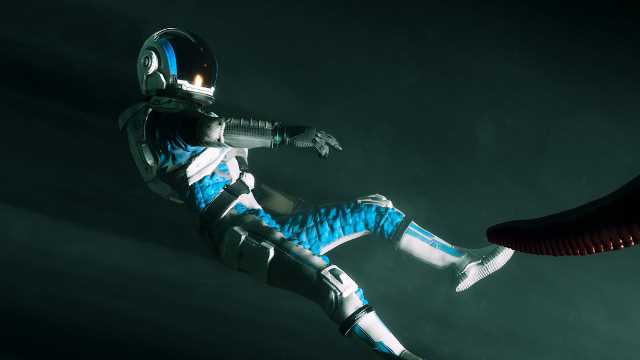 Funcom revealed Moons of Madness earlier this year as a passion project by developer Rock Pocket Games. Set on Mars, the first-person adventure has overtones of Lovecraftian cosmic horror. In fact, the title appears to be a reference to Lovecraft’s story, “At the Mountains of Madness,” which is part of the Cthulhu Mythos. This story also happens to be an inspiration for the science fiction film Prometheus, which features this same brand of cosmic horror. Both Moons of Madness and Prometheus share the premise of a scientific exploration gone wrong in the void of space as the Elder Things emerge. You can read our hands-on preview at E3 2019 to learn more.

Funcom has just released a new, 12-minute gameplay trailer for Moons of Madness, and it has some very interesting sights. It begins with an exploration of the research facility at Mars, where the Orochi Group corporation sent player-character Shane Newehart. Yes, this is the same Orochi Group from Secret World Legends MMO by Funcom, as both games exist in the same fictional universe.

Shane Newehart is exploring the research facility in the dark, and, as he does, you begin to see something went wrong. The station seems to be in disarray, and a black slime covers the walls, dangling tentacles appear in some corners. Shane picks up a flashlight and a crowbar as he delves further into the facility. Finally, he experiences an eerie hallucination before a jump scare. Then he wakes up.

Moons of Madness: Immerse yourself in Mars

Since Shane Newehart serves as a low-security clearance technician, you’ll be completely unaware of a mysterious signal of intelligent life that the facility detected on the red planet. You’re just there to keep the lights on until the transport ship Cyrano arrives with a new team of scientists who will take over. However, you’ll soon discover strange and unusual setbacks as crucial systems malfunction. The greenhouse fills with a strange mist, and the rest of your team has yet to return from their EVA mission. Hallucinations and visions emerge. You begin to struggle with your sense of reality and sanity the more you explore the facility.

The game features interesting first-person adventure gameplay that I really enjoy, like an immersive sim. You get to interact with tools, computers, and objects in first-person with a lot of interactive elements. The challenge in developing a game like this is making all systems cohesive so that puzzles and interactions feel meaningful. The last game I enjoyed with this kind of design was The Occupation, which had some issues at launch, but it was very original. I hope that Moons of Madness has a better launch.

Moons of Madness will release on PC, PlayStation 4, and Xbox One during the Halloween season of 2019. You can find more information about the game on the official website.

What do you think of the gameplay trailer of Moons of Madness? Are you into this kind of immersive first-person adventure? Drop your comments below; we’d love to hear your thoughts!

Microsoft is patenting designs for controllers for mobile gaming

End of an era: Microsoft Internet Games is shutting down