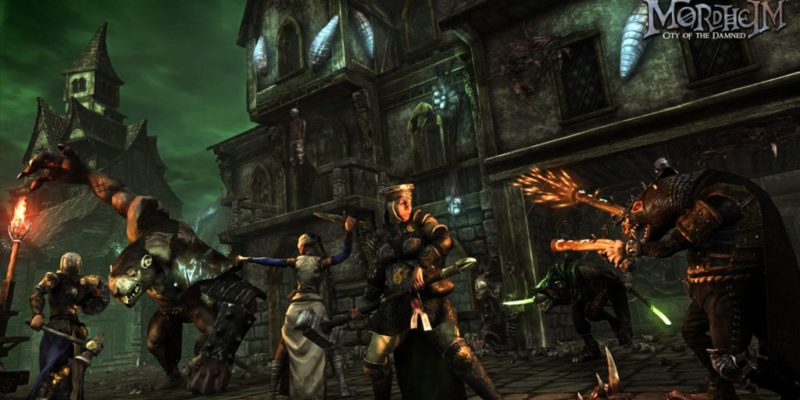 Mordheim: City of the Damned is a tactical RPG adaptation of Games Workshop’s classic Mordheim in development at Rogue Factor and it’s due for release this month.

Rogue Factor have sent over a bunch of in-game shots which show the game’s visual off nicely.  They show Empire City which  lays decimated by a twin-tailed comet and now serves as a battlefield where rival warbands fight to control it’s neigbourhoods. Players must recruit troops, equip them and lead them on missions, employing strategy and ingenious battle plans to wipe out rivals.  This can happen in solo campaigns as well as multiplayer mode.

A video from back in October gives you a better idea of the gameplay and depth of character customisation and item statistics and I’ve posted that below the shots.