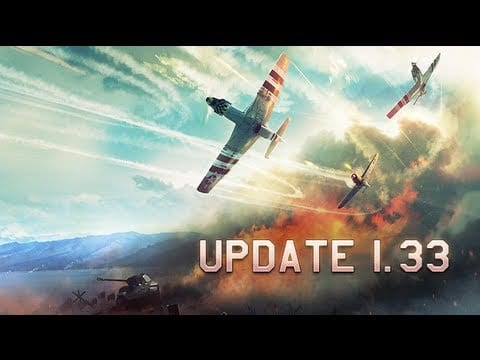 Gaijin has launched the 1.33 update for their aerial combat title War Thunder which brings more customisation to aircraft to suit play styles.

Pilots will now be able to really tweak the aircraft through a larger variety of modules and there’s new weapons, ammunition packages and armour customisations to help pilots survive. It’s all very complex looking with the new tiers and interface changes so read the developer blog for more on these updates.

“We are continuing to update War Thunder to ensure that our players will get the best and most exciting gameplay experience. This includes improved graphics engine and more sophisticated behavior of all AI-units. As usual, many features of this update were added on request from our community or based on ideas proposed by our fans,” said Pavel Kulikov, Executive Producer, Gaijin Entertainment.

As far as new aircraft are concerned, the US F9F-5 Panther, BTD-1 Destroyer, F-80C Shooting Star, F8F-1 Bearcat, P-47D-28 Thunderbolt and Royal Air Force DH.100 Vampire FB.Mk.V. have all been added to the roster.

By Michael Feghali56 mins ago
News