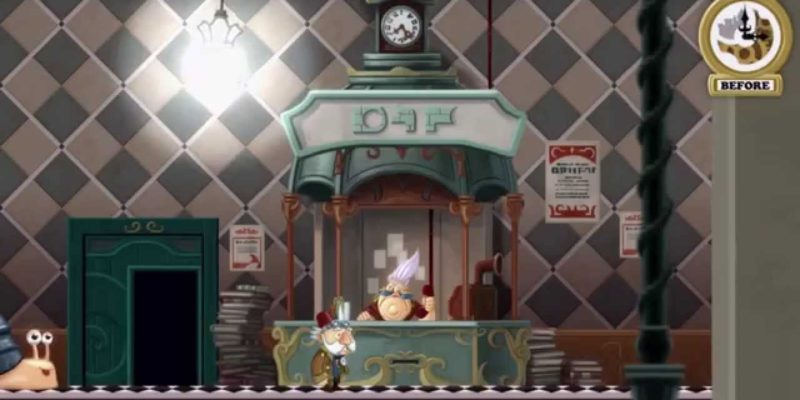 With the success of puzzle – platformers like Braid, it was was only a matter of time before other developers ventured down the same path. Come May 12th, Chronology takes a similar emphasis on time and uses it to bridge a gap between the past and present in order to shape the inventor’s future.

“As massive fans of Hayao Miyazaki, the world of Chronology has been deeply influenced by animated classics such as Howls Moving Castle and My Friend Totoro”,  said Niels Højgaard Sørensen, Game Director at Osao Games, “We’ve taken these worlds and mixed them with video game classics – Day of the Tentacles and Lost Vikings, as players travel back and forth between ages to uncover an adventure of mixed dimensions”.

Although the game is now slated for a May 12th launch on Steam, it definitely hasn’t been a seamless journey for developer, Progressive Media. The original company that developed Chronology has since closed its doors. The newly formed osao has since taken the reigns. It consists of former Progressive Media members who wanted the game to reach success after being successfully Greenlit on Steam.

Look for Chronology on Steam May 12th. A price is still TBD. Check out its Steam page here.

Murdered: Soul Suspect’s serial killer is the belle of the maul