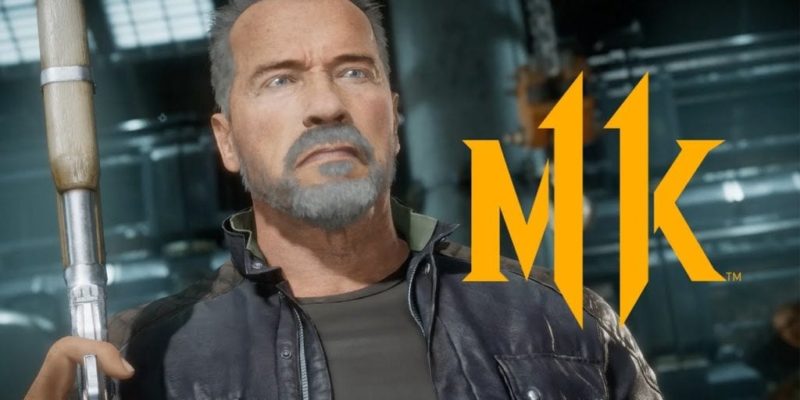 Mortal Kombat 11 is about to receive its next DLC fighter. Based on the T-800 from the Terminator franchise, a faux Arnold is coming to eliminate all of your favorite combatants. NetherRealm Studios has shared a trailer ahead of his release for us to gawk at.

Much like the attention to detail paid to other film crossover characters in past Mortal Kombat titles, the Terminator sees all kinds of references to the source material. While Arnold Schwarzenegger isn’t providing the voice (which is definitely jarring), we see the famous shotgun, the teleportation pose, and even the creepy-ass skeletal system. There’s a resurrection system similar to Jason in Mortal Kombat X or D’Vorah’s “Bug Form.” It’s pretty neat and makes me interested in picking up Mortal Kombat 11 again.

Owners of the Kombat Pack will be able to try out the Terminator on October 8, 2019. He’ll be available for purchase individually a week later. Mortal Kombat 11’s latest update (which landed yesterday) has already included some Terminator references in the form of a brand new konsumable for use in the “Towers of Time” mode. Players will be able to call in the T-800 as an assist during battle to thwart the sometimes brutally difficult AI.

At the end of the trailer, we also see mention of some new costumes coming to the game. Sonya will be getting a Sarah Connor-like design, Kano goes full-on cybernetic, Johnny Cage is getting a tuxedo, and Cassie Cage is bringing the DC crossover full circle with a Harley Quinn inspired outfit. That’s likely being done in preparation for when The Joker will join the roster in January.

I’m not sure if the Terminator makes sense for Mortal Kombat 11, but it’s nice to see NetherRealm Studios continuing down the road of crossover characters. Homages like this bring new fans into a series they may have otherwise written off and that’s always good for the continued growth of a brand. Hopefully, the end result lives up to the hype.