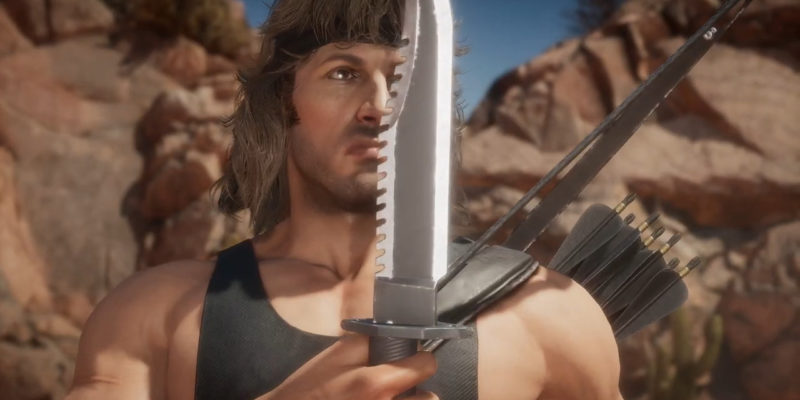 You could be forgiven in thinking that Rambo was going to be another zoner after watching his teaser trailer earlier this month. Making his debut in Mortal Kombat 11‘s Kombat Pack 2 trailer, we saw Rambo emerge from the bushes before firing his LMG into the air. At first blush, he looked like he would use traps and guns as part of his kit. Subsequent screenshots, however, emphasized his iconic survival knife, hinting there was more to the character. His gameplay trailer released today removes all doubt: Rambo is not just another gun guy.

It’s quite the opposite, actually. Rambo won’t be afraid to fight up close when he joins the Mortal Kombat 11 roster next month. The survival knife is his primary weapon, and you can watch him using it to slice, dice, and gut his opponents in a flurry of combos and command grabs. He also uses a wide array of traps such as vine snares and claymores. He’s also a dirty fighter. Don’t think I didn’t notice him picking up that rock to cave in Kabal’s face. Nightwolf players might find Rambo a natural fit, as he can whip out a bow for some long-range damage.

And of course, we do get to see Rambo take on The Terminator for a nice, ’80s movie beatdown. It’s here we see him whip out a pair of LMGs, which look to be a special move. Rambo also shows off a slick roll during the fight, allowing him to get behind the ol’ T-800 for a quick back slash.

You’re not hunting him, he’s hunting  you

As per usual, the gameplay trailer shows off Rambo’s Fatal Blows and Fatality. And the former is at least a bit more… explosive than what we saw with Rain last week. In his Fatal Blow, Rambo uses his knife to carve up his opponent before stabbing them in the head with an explosive arrow (how does that work?). After sending them sailing into the air with a strong kick, he fires said arrow at his opponent to end the animation with a bang. His Fatality gives a gory nod to the 2008 film, Rambo, in which he tears a man’s throat out. It’s actually worse in Mortal Kombat 11, because of course it is.

Rambo joins the roster on November 17 when the Kombat Pack 2 and Mortal Kombat 11: Ultimate drops. 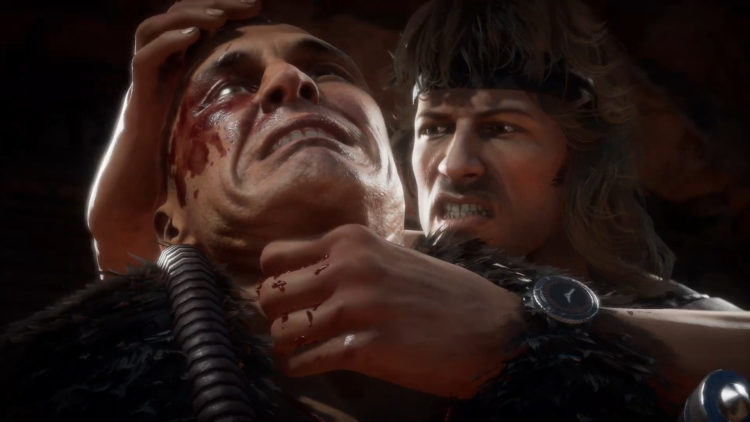