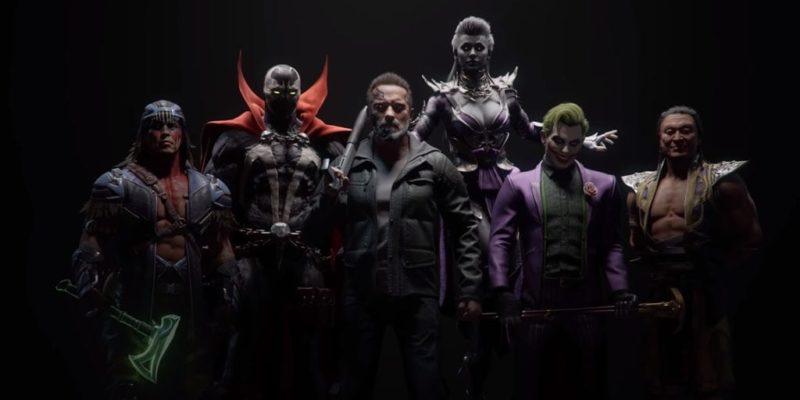 It can be hit or miss when tying in a movie to a video game. But when that likeness is the Terminator himself, aka, Arnold Schwarzenegger — I think I can give him a pass. NetherRealm and Warner Bros. recently announced two characters as part of the Kombat Pack for Mortal Kombat 11. This also happens to coincide with the upcoming release for the next film in the Skynet saga, Terminator: Dark Fate. Oh, and the Joker’s coming too.

If you’re wondering where the T-800 enters the timeline in the Terminator films, as previously mentioned, the likeness is drawn from actor Arnold Schwarzenegger and the newest film, Terminator: Dark Fate. The movie will release later this year on Nov. 1, 2019; however, you won’t have to wait that long to play as the cybernetic organism. The character will be playable in Mortal Kombat 11‘s early access on Oct. 8, 2019.

The Mortal Kombat 11 Kombat Pack allows you to obtain new content with a purchase outside of the standard game. This includes six characters, skins, and early access (like that of the T-800). Shang Tsung, who is also part of the pack, calls on the ’90s star of the Mortal Kombat film (Cary-Hiroyuki Tagawa) to reprise his role as the notorious sorcerer and stealer of souls. The Kombat Pack is part of the game’s premium edition, which chimes in at US$99.99, and can be purchased separately for $39.99. The Kombat Pack provides early access to each of the characters. However, you can also purchase them individually once the one-week early access period has come to an end.