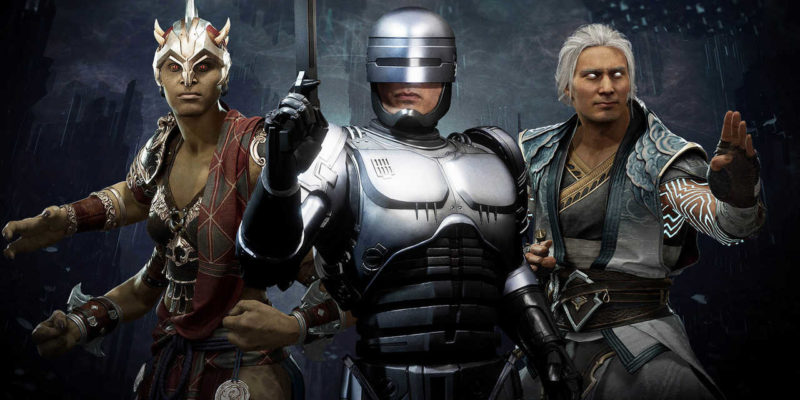 Last week saw the release of Mortal Kombat 11: Aftermath. This included a series’ first story mode expansion and three new characters: Sheeva, Fujin, and Robocop. As of now, the only way to obtain those characters is by purchasing the $40 Aftermath expansion. However, that may yet change – and sooner rather than later.

Steam gives up the goods

Thanks to some sleuthing from Event Hubs, some Steam Database pages were discovered that seem to indicate Sheeva, Fujin, and Robocop will all be available as individual DLC. This could happen as early as June 16. As of this writing, neither Warner Bros. or NetherRealm Studios has officially confirmed these characters will release individually. But they don’t really need to now, do they?

Currently, this information only applies to Mortal Kombat‘s PC users. It is unknown if PlayStation 4, Xbox One, Nintendo Switch, or Google Stadia users will also receive the characters individually. But if this leak does end up being true, it’s a safe bet that other platforms will gain this option too.

No prices are listed for these individual DLC downloads. However, if the Kombat Pack 1 is anything to go by, it is reasonable to assume that the prices will remain the same. That would put them at $5.99 USD per character.

We should also note that these individual DLCs are not labeled as a “Kombat Pack 2”. It seems very likely that we will receive a Kombat Pack 2, as Warner Bros. and NetherRealm Studios don’t appear finished with Mortal Kombat 11 quite just yet. But rest assured, it will likely contain much more than just individual character purchasing options.

Aftermath doesn’t appear to be the end

Mortal Kombat 11: Aftermath is now available for $39.99 and contains a brand new story mode expansion, along with the three aforementioned characters. However, stage fatalities, friendships, and three new stages are available in a free update. You do not need to purchase Aftermath in order to enjoy this part of the new content, thankfully.