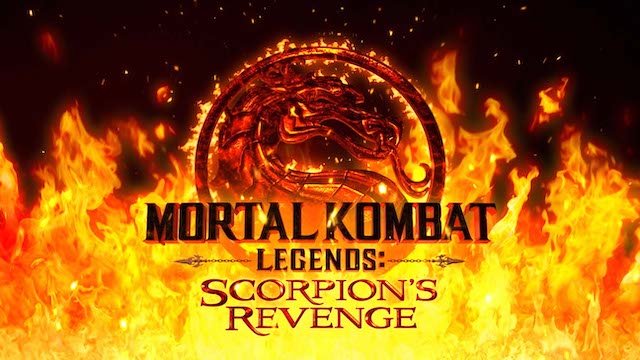 The hit fighting series Mortal Kombat is back in the limelight. Between Mortal Kombat 11 and an upcoming R-rated reboot (finally), it’s back in the spotlight. But now it’s about to enter the animated realm once again with a new movie. The Hollywood Reporter recently confirmed that Mortal Kombat Legends: Scorpion’s Revenge is in the works from Warner Bros. Animation. It’s set to launch sometime in the first half of 2020, focusing on the mysterious masked ninja.

Voice actor Patrick Seitz will portray the deadly warrior, just as he previously did for Mortal Kombat games in the past. Joining him will be Joel McHale of Community fame as movie star-turned-fighter Johnny Cage. Dexter’s Jennifer Carpenter is also on board, providing the voice for Sonya Blade.

Ethan Spaulding will direct the film, bringing his experience from previous DC fare like Batman: Assault on Arkham. Meanwhile, Jeremy Adams, who previously worked on Teen Titans Go! vs. Teen Titans, is handling the script.

Although there’s not a trailer just yet, the film’s first official image is above. And needless to say, things are heating up, as literally everything is on fire.

A storyline isn’t available just yet. But considering it focuses on Scorpion’s Revenge, it’s possible to involve the warrior trying to even things up with Cage; his character did originally kill Scorpion in 1995’s Mortal Kombat. No word yet if the film has ties to that cult classic. Chances are it could also tie in with the new live-action Kombat film, set to debut in early 2021.

The franchise has been quite busy with games as well. Mortal Kombat 11 has been a best-seller since its debut last year. And it’s currently in the midst of its first season of DLC content, with DC’s Joker set to arrive later this month. You can still purchase the game and its season pass too.