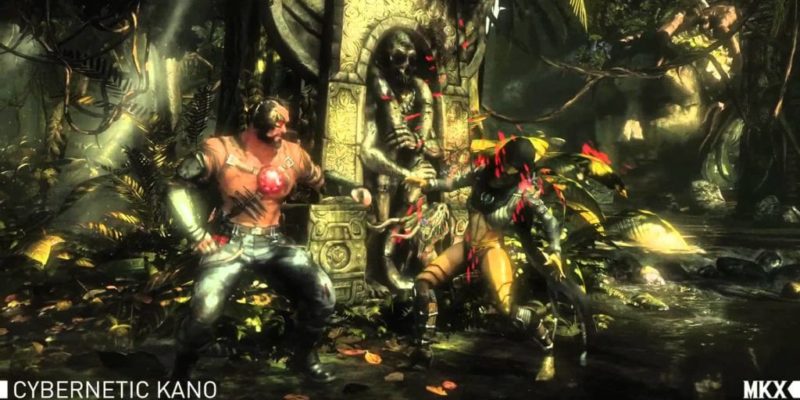 Kano – leader of the Black Dragon Syndicate – has been in the Mortal Kombat series since it began, appearing in most of the previous Mortal Kombat games. In Mortal Kombat X, he’s back once more: he’s a little older, but just as vicious as before.

As with the rest of the fighters, Kano has three Variations to choose from. The Cutthroat Variation offers Kano the ability to pound on his cybernetic heart to boost his damage, while his focus on knife-fighting gives him a few new combos. The Cybernetic Variation instead focuses on his more technological weapons, giving him a load of eye laser and grenade attacks that can be used to hit at range and easily defend himself from aerial attacks. Finally, the Commando Variation boosts Kano’s grappling abilities and gives him the ability to counter both high and low attacks.

In short, Kano sounds like he’s going to be as much of a complete dick to fight against as he’s ever been. Goody.

Mortal Kombat X is due out in 2015. The Kano video can be found below – and yes, gorehounds, it shows off part of a Fatality as well as an X-Ray move.

Space Hulk: Ascension Edition adds some RPG to its Terminators