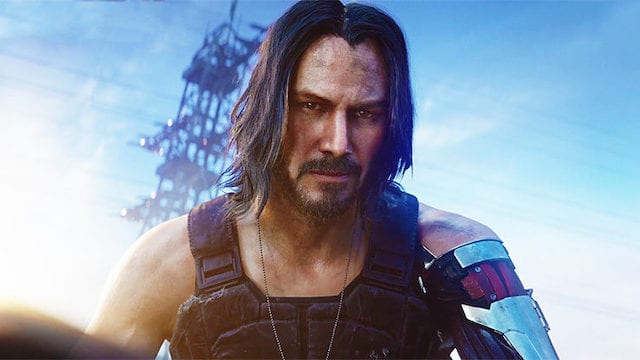 It’s not even the end of December, and 2020 is already overloaded with a number of games that we want to get. Whether it’s strategy, racing, role-playing or action, there seems to be something for everyone.

But when it comes right down to it, it essentially comes to a select few that need to be played. So what should be on your “elite” list of must-buy PC games for next year? I’ve got a few selections that are sure to be right up your alley. Let’s begin!

When Square Enix announced its adaptation of Marvel’s Avengers at E3 earlier this year, most folks scoffed. They didn’t see nearly enough of it in action, and were concerned about its character models not fitting the mold.

But, I assure you, after spending a good 30 minutes playing it, the game is worth its weight in gold. The gameplay really comes together for each character; and Crystal Dynamic has a lot in store when it comes to storytelling. That, and the universe is expanding quickly with a number of characters, including the amazing Kamala Khan. You can see her in action in the trailer below.

Don’t brush this game aside so quickly. Marvel’s Avengers just might take you by surprise. Especially when you catch its, ahem, endgame content.

“Wake up, samurai. We’ve got a city to burn.” CD Projekt Red’s long-awaited mega hit to follow The Witcher III: Wild Hunt could earn enough cool points from Keanu Reeves alone. But there’s more to this futuristic adventure than that. Along with a number of systems to adapt to and a wide open spectrum of adventure and action, Cyberpunk 2077 also promises to deliver with a unique storytelling angle. That, and, well, hey, you get to cruise around in the future and cause trouble. What’s not to like about that?

This game looks like a dream come true. And come this April, you might just find yourself in awe after hours of gameplay. You might just point at the screen and yell, “YOU’RE BREATHTAKING!”

Yeah, yeah, it should’ve come out in November. That way, we would’ve been roasting demons instead of just the Thanksgiving turkey. But fret not, as Bethesda and id Software will give us the ultimate Doom bliss soon enough.

Doom Eternal promises to go above and beyond what the 2016 reboot delivered. This includes even more weapons, more bad-ass demons to mow down, and, hey, a sword! Not only that, but the game looks to be worlds better than the original in terms of visuals. This is one game that’s sure to put your desktop set-up to the test.

Oh, and did we mention that it comes with the classic Doom 64 as a bonus? So not only do you get to relive the past of the series, but also embrace its future. That, friends, is worth waiting a little longer for. Get here already, March.

The original Dying Light was a tour-de-force from the team at Techland. It took the open-world combat we knew from Dead Island and escalated it to new levels, mainly thanks to the parkour system. But next year, the team will do it once again with Dying Light 2.

Along with more to do, the game will open up both its exploration-worthy world, along with its brutal combat. And, hey, your decisions will actually make a difference in how things go down — for better or for worse. The real question is just how long you intend to survive, as both the living and undead will be hot on your trail. But, hey, parkour! This sequel can’t come our way soon enough.

Unfortunately, the latest Watch Dogs game from Ubisoft was hit with a delay, meaning we won’t be playing it this February. That said, when the game eventually does arrive, it’ll be worth it. Taking place in not-so-jolly ol’ London, Legion lets you take control of a wide variety of characters. A young gun-toting punk that knows his way around the city? Check. An old lady with a grudge to bear? Also check. The choice is yours.

But whatever you decide to do, you’ll find the odds stacked against you as you take on the opposition. Fortunately, with a legion at your fingertips, there’s nothing you can’t do. Also, we did mention the lethal grannies in this game, right? Clearly they didn’t have the greatest night at bingo.

Sorry, pesky humans, but your time is up. After spending a number of years away, Destroy All Humans! finally returns in 2020. It’ll feature a fresh coat of paint, but also the same fun gameplay you’ve come to expect from the series.

As the dynamic (and deadly) Crypto, your job is to overtake the planet any way you know how. That means frying enemies, taking control with a variety of weapons, and making those humans do whatever you wish. This open-world adventure looks better than ever, and should be a real gut-buster. No, we don’t mean that literally. Wait, do we?

It’s Crypto’s world, we’re just living in it. For now.

Although it may not be the full-on revival of Half-Life fans waited for, hey, it beats nothing. And based on the debut trailer that’s below, Half-Life: Alyx has a lot in store. It continues a traditional story while, at the same time, providing a new perspective on how things work in the world. On top of that, the gameplay actually looks pretty innovative, even if you’re just doing a few simple things in the world. This could definitely bump virtual reality up to another level.

Oh, and if you folks buy enough copies, it might just prompt Valve to finally learn to count to “three.” We all want that, yeah?

Though the brief trailer that debuted during The Game Awards this month didn’t feature any gameplay, the new Dark Alliance has some promise. It will cater to those that prefer classic co-op action, using a number of tactics to bring down foes. Plus, its character variety is most promising, with different classes available to suit your needs.

Oh, and did we mention it’s bound to pay tribute to the Dungeons and Dragons legacy in the best way possible? Because who doesn’t want to sit down and play a classic with friends on the couch?Who knows when we’ll get Baldur’s Gate 3 to satiate our needs. So we’ll definitely take a little Alliance to tide us over in the meantime.

In retrospect: Man of Medan, Anthem, Total War: Three Kingdoms – How did my picks of 2019 fare?