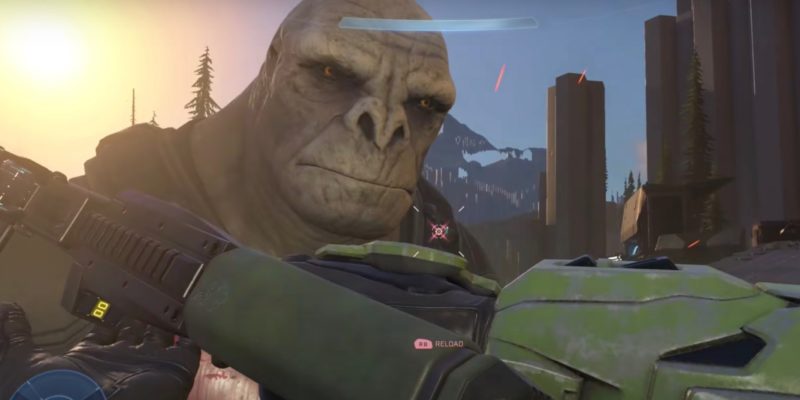 I’ve begun to feel like writing these ‘Most Anticipated games of [upcoming year] articles’ is like gambling — at least a little bit. Twice now, a game that I’ve highlighted was delayed the following year. Before, it was Cyberpunk 2077, which I foolishly included in my 2018 article. “Delays have their way of humbling a person,” I thought as I cautiously added it to my list in 2019. I’ll consider myself arguably fortunate it came out this year, though I feel that another delay would have been acceptable in hindsight.

Well, consider me humbled further, as it happened once more, but with Halo Infinite. Indeed, last year I looked forward to the Master Chief’s next adventure with a blend of excitement… and trepidation. While I felt Halo 4 had more hits than misses, Halo 5: Guardians was a solid miss, partially saved by its high-octane multiplayer modes. 343 Industries hasn’t quite moved the series forward in positive ways (but I still maintain that Halo 4 was good, if flawed). However, I’m still feeling hopeful toward Halo Infinite, despite the concerns I had following its gameplay showcase. Screw it. I might as well rip off this Band-Aid and dive right in.

Right, so, Halo Infinite is my first pick for most anticipated games of 2021. I feel fine with this choice, regardless of its most recent showing. The game’s showcase didn’t exactly wow the gaming populace, garnering criticism for its dated graphics and creating an avalanche of memes — mostly starring a Brute the internet lovingly named Craig.

Still, I can’t help it. I love Halo. The original Halo: Combat Evolved convinced me to buy an Xbox back in my youth. I’ve played every game (save for some of the spin-offs), read the books, and even once attempted to compete in Halo 3 when it was still featured in MLG. It didn’t turn out well. I mean, who’s even heard of 37th place? 343 is sampling a bit of old and new with Halo Infinite, taking it back to basics while opening up its world. The company has promised to deliver, and I’m still optimistic enough to believe it.

I absolutely adored Rocksteady’s Arkham series, despite its later missteps. Growing up, I was all about Spider-Man and Batman, two characters who are arguably the mascots of their respective comic book empires. I had played plenty of games featuring New York’s resident web-slinger, but almost nothing with the caped crusader. That changed when Batman: Arkham Asylum hit the scene; I was hooked (grappled?). Sure, the franchise was running on fumes — and a couple of undercooked ideas — with Arkham Knight, but I still hold the series in high regard.

Granted, Gotham Knights isn’t tied to the Arkham games. Still, I was transfixed on the announcement trailer. Sure, Batman in its universe is dead (haha, no), but my eagerness for another rough-up in Gotham City is certainly not. And this time, you get to play as a member of the Bat family, which has me thrilled. I’m a fan of the Bat-kids, going so far as to read quite a lot of Nightwing’s adventures in Bludhaven. Plus, Gotham Knights is co-op, and I’m starved for a good co-op campaign. We just don’t get enough of those these days, so I’m looking forward to what Knights can pull off.

I have a confession regarding Resident Evil: I’ve never really liked it all that much. Back in the ’90s, I played the original game and just couldn’t put my finger on what got people hyped. Maybe it was the tank controls, or how everyone spoke like they were reading from a take-out menu. Maybe it was because in the hallway scene with the dogs, my friend kept looking at me with his goofy “oh, just wait until you see this” face, ruining the surprise moment. They just… weren’t that great in my eyes.

That all changed when Resident Evil 4 entered my life and my list of all-time favorites. It didn’t convince me to give the aged classics a second go, but it did reinvent how I saw the franchise. Since then, I’ve played just about all of them, barring the remakes (for the reasons stated) and Resident Evil 6 (for… reasons). Resident Evil 7 was fantastic, and seeing Capcom continue its story with Resident Evil 8 has got me on the edge of my seat in anticipation. I will consume this game.

For myself and my fellow hollows, The Game Awards earlier this month was the last event in which we could have gotten another glimpse of the enigmatic Elden Ring. Its absence since the June 2019 reveal has been hard to take. No one seems to know what the hell Hidetaka Miyazaki and George R. R. Martin are cooking up, and From Software isn’t talking.

I’m hopeful we’ll hear more about it in the coming year. But, will it be out in 2021? Doubtful. I have a feeling that this game will find its way into my next Most Anticipated list. Until we hear more, I can only wonder what Elden Ring will offer — as will we all. I doubt you could even imagine it.