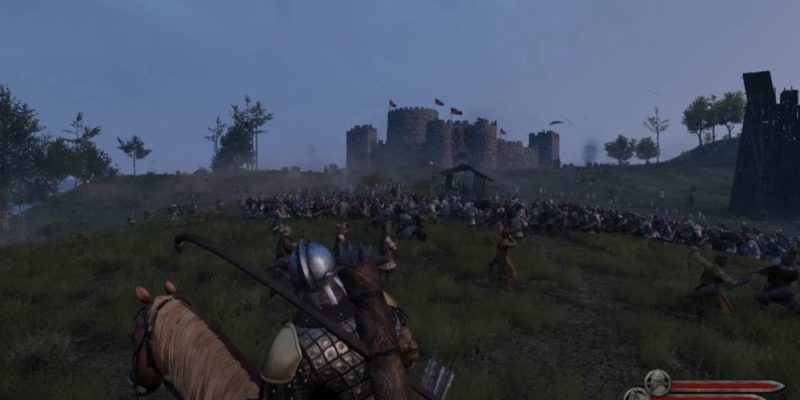 Taleworlds were at the PC Gaming Show with Mount & Blade 2: Bannerlord, and while there wasn’t a lot of brand new information revealed there they did bring some new siege gameplay. Sieges appear to have been much expanded and improved from the first Mount & Blade.

In light of that, here’s some extended (seven minute) footage of a siege in Mount & Blade 2: Bannerlord from the player’s perspective. Lobbing rocks at destructible castles, battering down the gates with a ram, and getting stuck in to the wall’s defenders. This is a single player battle, but you can already imagine how mental that would be in Mount & Blade’s traditionally chaotic multiplayer mode.