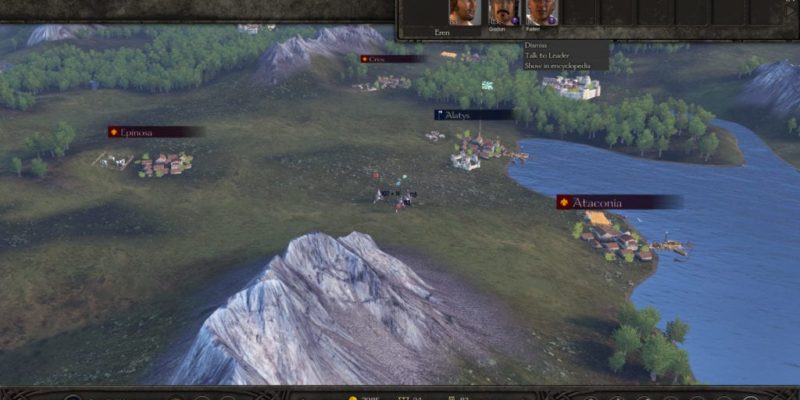 The latest Mount & Blade 2: Bannerlord communique from Taleworlds is all about a new mechanic called Influence; what it is, and how it works. Influence is a resource used to call other allied Lords to form a larger army, earned by serving the Kingdom in various useful ways.

If you spend your life wrecking bandits or enemy armies, capturing settlements, or conducting raids on behalf of the King, then you’ll be earning Influence. In addition to joining allied forces into larger armies with Influence, you can also spend it to “determine the outcome of some faction decisions” and make requests of fellow Lords.

The majority of this Mount & Blade 2 update is about Influence and armies, however. Armies don’t just cost Influence to get started, they also demand upkeep. If morale is high, this Influence upkeep is lower. Distance from home and war fatigue (from fighting a long time) can demand more Influence too. As can general relations between the overall army Commander and his Lords.

If Influence costs start to outweigh the ‘income’ (from capturing towns and so on), the army will be forced to start disbanding. It sounds like you can mitigate this by asking certain Lords to return home, or trimming troops from the overall roster.

A large travelling army will basically get its own UI in Mount & Blade 2, showing you its morale, resources, and which Lords are in the force. You’ll also be shown the relations between Lords (green means they’re best buds of yours, red means they hate you), and you’ll be able to click on Lord portraits to assign them tasks (if you’re in overall command). Maybe you can send that guy who hates you on a humiliating (or dangerous) scouting mission.

All Lords can use Influence to build larger armies in this way, though Taleworlds say that obviously Kings will be in the best position to do this. However, ‘lower’ (but very powerful) Lords will be able to do it too.