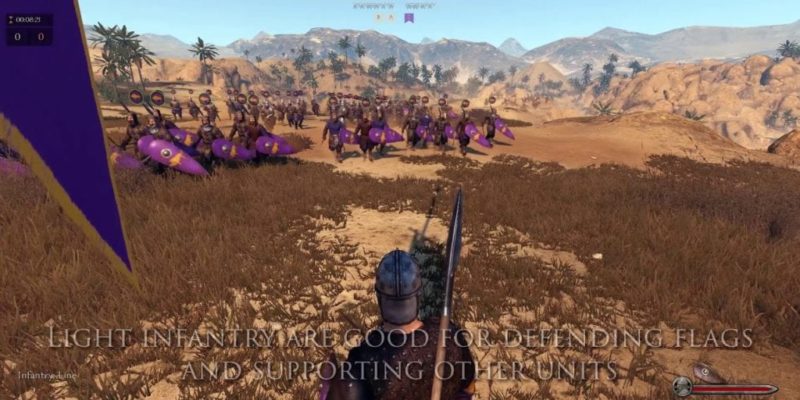 Taleworlds have followed up their first video demonstration of the ‘Captain’ multiplayer mode in Mount & Blade 2 with a second one. This video is shorter in length, but has text overlays explaining more about the mode and how it works.

It confirms that this is a multiplayer mode where you control both an individual commander, plus a small group of AI soldiers, in (up to) 5v5 matches. The different unit types get an overview of their strengths and weaknesses in this new video. As you’d imagine, it’s things like ranged troops being great for support but vulnerable in close combat. Heavy cavalry will smash just about anything, but they have much lower numbers.

The video also describes an aspect of this Mount & Blade 2 multiplayer mode that may not have been clear in the first bit of footage. There are multiple flags in each arena, and keeping hold of those flagged areas reduces the oppositions ‘Dominance Points’. If that Dominance Score falls to zero, the team loses the battle (you also lose if you get all your men wiped out). Flags are periodically reduced throughout the match, until only one remains.