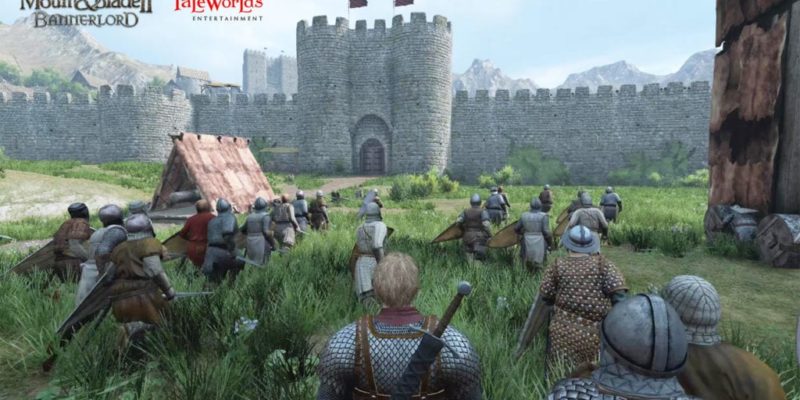 For those looking out for Mount & Blade 2: Bannerlord details from Gamescom, there were a couple of videos and screenshots to absorb. These weren’t able to tell the whole story on their own though, so Taleworlds have written a more extensive blog post about some of the things demonstrated in the trailers.

The article is accompanied by a kind of highlights reel that corresponds to the things mentioned in the write-up, so you can watch along at home.

It opens with a slightly extended look at Mount & Blade 2: Bannerlord’s siege engines, which will have much greater variety in this sequel. In-keeping with this broader scope, all types of siege engines will be fully usable by both players and AI. All siege equipment is placed manually by the player before an attempted siege (assuming you’ve actually built some).

The siege stuff is followed by a look at the improved Calradia world map. Taleworlds say castles will now properly integrate with neighbouring villages. Settlements can produce goods and build structures on four sides – one of which can be a castle. Villages with castles naturally offer more defenses, but miss out on a different economic building that could’ve been in the slot instead.

AI Lords in Mount & Blade 2: Bannerlord start these building projects too, so you’ll see the map change and develop across the years.

Village work allocation can be set by adjusting sliders for “how fast projects are completed, as well as the tax and militia levy from villages”. This will have a knock-on effect on peasant morale.

The map screen leads into a short combat clip. AI in Mount & Blade 2: Bannerlord is said to be improved, knowing when to keep a distance and when to move closer for melee. The looters present in the clip won’t pose much threat as individuals, but might be able to overwhelm a well-equipped player by staying spread out and trying to flank.

The inventory UI has been remodelled for Bannerlord, making it a whole lot easier to equip your character – and to switch between equipping yourself and your companions. There will be hotkeys for selling multiple items and similar time-saving options.

There’s a quick look at one of the in-game board games you’ll be able to play against NPCs (six games are planned in total, one for each of the game’s different cultures). 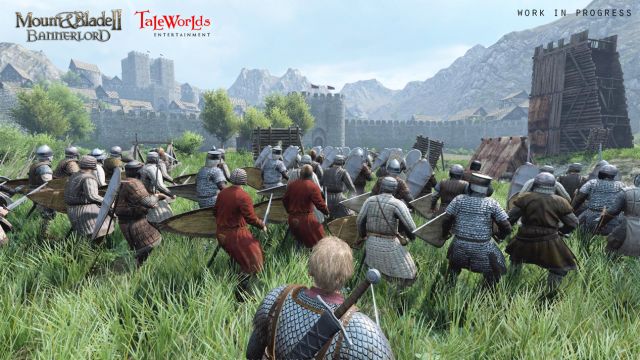 Then it’s on to a demonstration of the in-game seasons, and how that affects the terrain in Mount & Blade 2: Bannerlord. Waging war in winter will have predictable effects on troop morale and food demands. The seasons are followed by a brief spotlight on the new weapon crafting system. This appears somewhat similar to the system found in Way of the Samurai, with each weapon able to be broken down to its separate components and reassembled to create new instruments of war.

Bannerlord takes things a step closer to realism though, by ensuring “all of these parts have physical properties, to which the power of the weapon is directly related”. A weapon’s balance and center of mass will alter all sorts of things like the speed it can be swung and the damage it can cause. It’ll be possible to name weapons, and even lose to (then reclaim from) bandits.

The video rounds off with a look at the multiplayer replay system, in which a match can be tweaked and edited into machinima.

Mount & Blade 2: Bannerlord doesn’t have a specific release date yet, but is likely to appear in 2016.