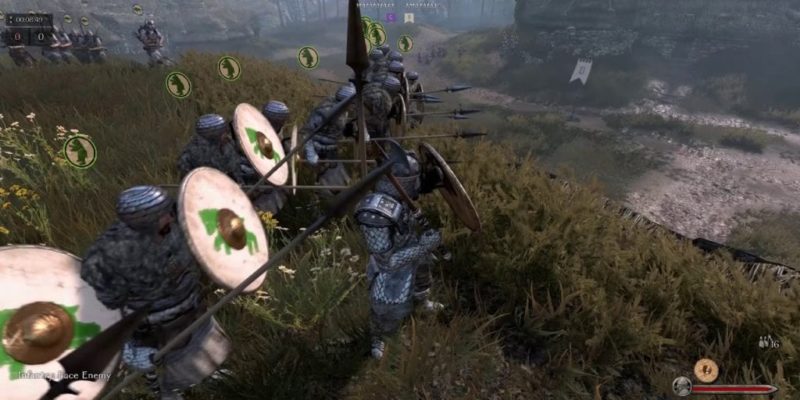 Taleworlds confirmed ahead of time that there wouldn’t be a release date for Mount & Blade 2: Bannerlord at Gamescom, but there is a new video. It shows off the ‘Captain’ multiplayer mode, in which (up to) five versus five command small detachments of troops.

The video (below) shows two matches, preceded by the ‘load-out’ screen showing the pre-match options. You get to choose from various squads of troops, from axemen, to cavalry, or fighters armed with bows. It looks like you can further tweak your soldiers with either-or options like “better shields” and “longbows” too.

In the match itself, you’ll control your Mount & Blade 2 Captain. He’s able to give orders to the troop detachment. The orders include things like forming a shield wall, or charging headlong into the enemy. At one point a detachment or archers uses another squad’s shield wall for cover. I don’t think anybody captures the weight of a horse being taken down by a man with a sturdy axe or spear quite like Taleworlds.