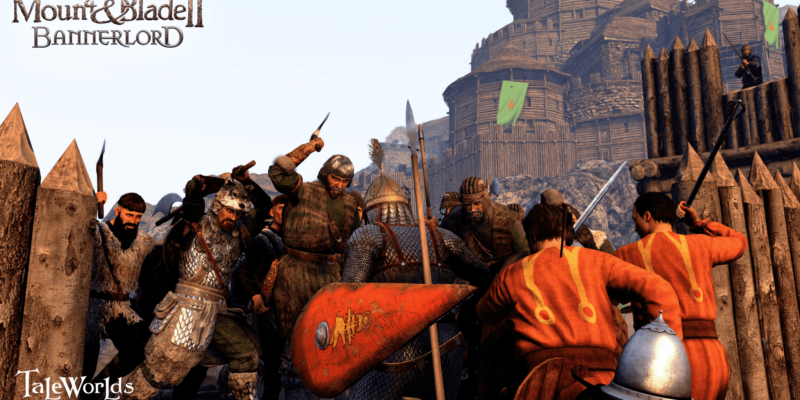 The latest development diary from the Mount & Blade 2: Bannerlord team talks about weapon crafting and physics. In this sequel, the former will impact the latter in significant ways.

Previous Mount & Blade titles had an “element of randomness” to their directional attack combat system. Damage in those games was calculated based on several variables, including the attacker’s weapon proficiency and the armour value on the person being struck. But weapons were also hardcoded to do “a randomly selected amount of damage from a predefined range”.

Taleworlds want to eliminate this remaining random element for Mount & Blade 2. To make things as fair and straightforward as possible (especially for multiplayer, where balance is key), they’ve decided to go with a physics based system. Stats like weapon speed and damage will still be a major factor, but so too will the physical properties of a given weapon.

That’s where the crafting aspect comes in. The physical properties of a crafted weapon will be fed into the stat calculation system, providing the stats for said weapon.

In Mount & Blade 2, three factors will be significant to the overall properties of a weapon. Length (for determining the overall reach), Mass (important for thrust attacks) and Weight Distribution and Inertia (important for swings). In short, lighter weapons will be faster be cause less damage, while heavier will theoretically do more damage but may suffer from inertia. If the weapon is so heavy that it can’t reach its maximum speed before striking the opponent (think of a guy struggling to lift a massive mace and then barely tapping someone), then it won’t be much use.

Precisely how damage is determined looks like it will be covered in part 2 of this diary. Mount & Blade 2 is still operating on a system of being done when it’s done, and has no set release date.