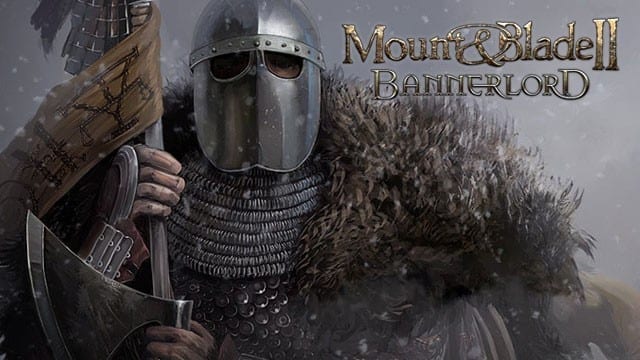 In its 100th Steam update on Mount & Blade II: Bannerlord, TaleWorlds Entertainment decided to shake things up. Now that Bannerlord‘s closed beta is going on, the Turkish developer chose to share some raw footage of the Skirmish game mode from last week’s beta test. The footage is indeed raw, with no fancy cuts or edits, and it shows Skirmish mode in all its janky glory. As the community manager admits, there is a fair share of bugs on display, but that’s what a beta is for after all.

There is a clear improvement in terms of graphics and overall animation if you compare it with Mount & Blade: Warband. However, it still leaves an impression of slightly clunky third-person combat that doesn’t look like much of a technological leap. Even if this is unedited raw footage, there’s something about the way the character models slide to the side as they engage in melee combat that looks out of place in a 2019-2020 game. We do get a glimpse at the multiplayer class system as well, which does look balanced. TaleWorlds seems to be going all-in when it comes to systems, which might pay off in the long term.

How the Skirmish mode works

TaleWorlds Entertainment first shared some details on the Skirmish mode back in March. Obviously, Bannerlord builds on the foundation of Warband for its multiplayer component in general. The main improvement over the original multiplayer mode is what the TaleWorlds developers called asymmetry. This takes into account the fact that most multiplayer games with classes offer a well-balanced mix of classes and characters where no single class is dominant.

TaleWorlds opted for a different route. They needed a system that would make more sense for a game that simulates medieval battles with armored knights sharing the field with peasants carrying pitchforks. The developers didn’t want to be in a constant nerfing loop. This could likely damage the realism and immersion Bannerlord aims for. The solution was a game mode with limited spawns, where the number of spawns depends on your class choices. This ties into the class system we reported on last month. We can now see how it works in-game with this footage.

TaleWorlds’ focus has been to hone and tune this class system, particularly to make the multiplayer experience more tactical. The developers adapted the system they had developed for Captain Mode in Warband, but made it tenser and more engaging with limited spawns and a morale system that encourages players to be active at all times. This morale system will punish teams that are overly defensive, forcing them to enter the last phase of the round with a significant disadvantage. Meanwhile, overly aggressive teams will end up suffering early casualties from which they won’t be able to recover.

There is still no release date for Mount & Blade II: Bannerlord, but having the closed beta now underway hints at a possible 2020 launch. We could receive more information during Gamescom this year.

What do you think of the Skirmish gameplay footage? Do you think it will be an improvement over Warband, or is it too early to tell? Drop your comments below!