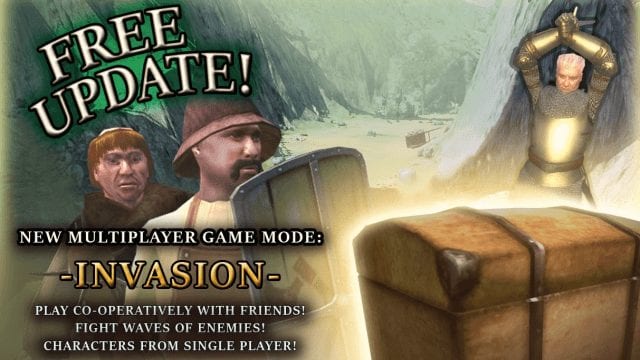 Next year should (hopefully) see the release of Mount & Blade 2: Bannerlord, but in the mean time Taleworlds are continuing to add things to Warband. Anybody who owns Mount & Blade: Warband will get a free update today which adds ‘Invasion’ mode to multiplayer.

It’s a co-operative mode that allows you (nay, insists) to fight waves of AI enemies. Characters from the single player campaign will appear too, as both friends and foes. Players can select their companions and assign them to different classes to help repel the hordes.

During an Invasion, enemies can drop items (including a bow that fires javelins), and armour. The mode isn’t endless, once you’ve battled through enough you’ll get a chance to take down the King. Several difficulty levels are included too.