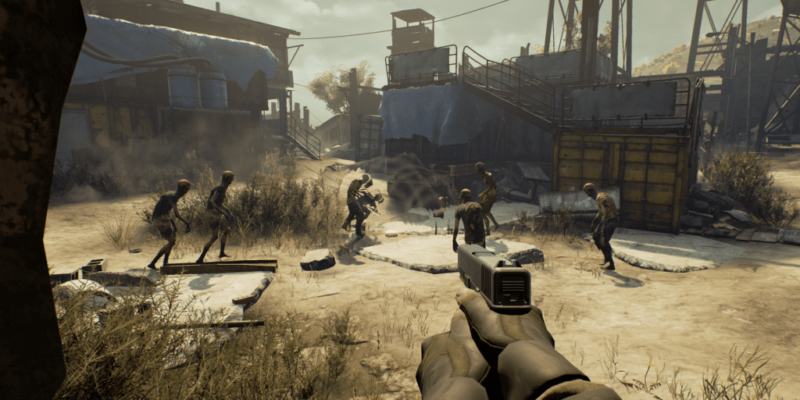 Early Access shooter Moving Hazard can now be played for free (up to a certain point) thanks to a newly released demo version on Steam. Look to the right of the Early Access box at the link above for the ‘Download Demo’ button.

The demo will allow you to play until your character reaches Level 5 (I have no idea how long that takes, probably not a great deal of time). If you decide to purchase the Early Access title after your taster, then all progress made will carry over to the full-but-not-finished-yet game.

[Update 7 April] We’ve received a few specific details about the Level 5 demo cap. “For the time to reach Level 5, it will obviously vary greatly by the player and their success, but it is not an immediate reward … while leveling is capped at 5 for the demo, players can continue to play the demo at level 5 indefinitely.” The rest of the original story continues below.

Currently, Moving Hazard boasts “loadout customizations, player Factions with multiple classes, four maps, four game modes, and eight unique weapons”. Plus 30-some player perks and a bunch of weapon mods. Oh, and the ability to make zombies do your bidding and attack other players on your behalf. Which is probably quite handy.

Here’s the game’s Early Access launch trailer to give you a visual idea.