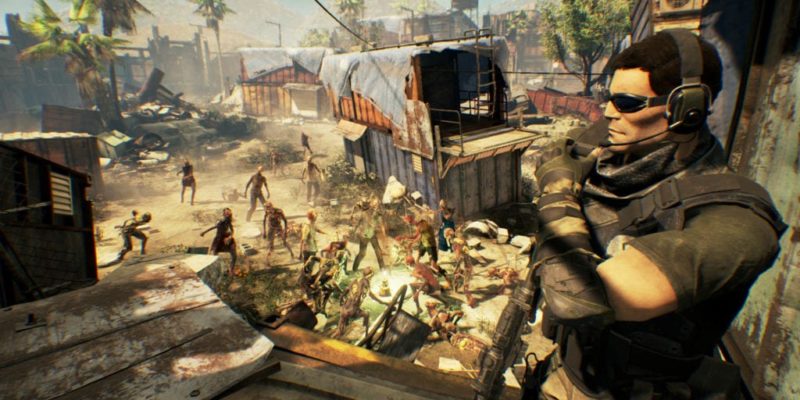 Back in October Psyop Games and IllFonic announced Moving Hazard which is a multiplayer shooter with a zombie twist. Instead of just shooting zombies players can use them as weapons.

“If you take the best parts of a military shooter like Counter Strike or SOCOM, and add tons of flesh-hungry undead that you can control, you begin to get a basic idea of what Moving Hazard will be like,” said Charles Brungardt, president, IllFonic. “There’s much more to it than that, but at some point, players will have to make a critical decision about which is the primary threat – the human enemy shooting at them or the grenade just thrown behind them, bringing with it an unstoppable wall of rotting corpses.”

Today the devs released the first alpha gameplay footage which shows players choosing loadouts, running around a map and tagging zombies so they fight alongside them.

The game is due for release early 2016 and there’s an official site live but there’s not much there at the moment.