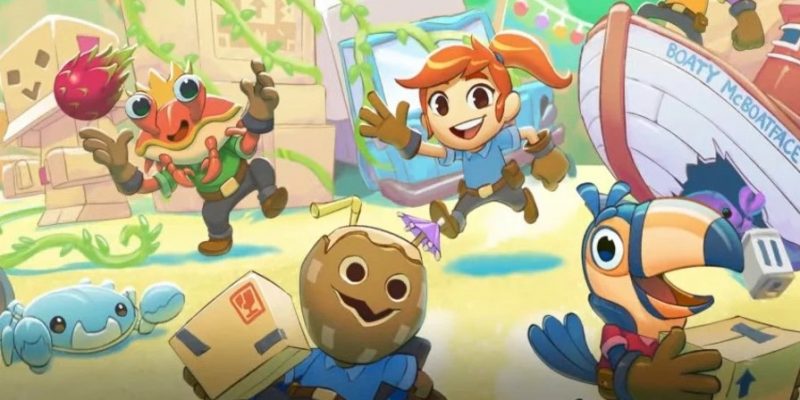 Being stuck at home may bring with it plenty of inconveniences, but it has also allowed us to have some really fun times with party games. Games like Overcooked have touched on the cooking world, which remains a popular subject matter for cooperative and competitive play. However, that is not all there is. The topic of moving out is also a prime source of inspiration to draw from. DevM Games and SMG Studio’s Moving Out managed to capture some of the mayhem that comes with moving. Later this month, we can expect even more content when the Movers in Paradise DLC drops for Moving Out.

As part of the new DLC, there will be more opportunities for you to work with your partner or scream at them. Movers in Paradise will add 14 new story levels, spruce up the roster with 4 new characters, and add 10 new arcade levels as well. Never has moving stuff from a boat onto a private tropical island been so potentially stressful and fun.

Based on the reveal trailer, it is likely that we will get some island-inspired additions to the team. A crab, toucan, coral, and someone wearing a coconut could be our newest characters.

With the world unable to travel, perhaps a short trip to a tropical island is exactly what we need. The new DLC for Moving Out arrives on February 25. 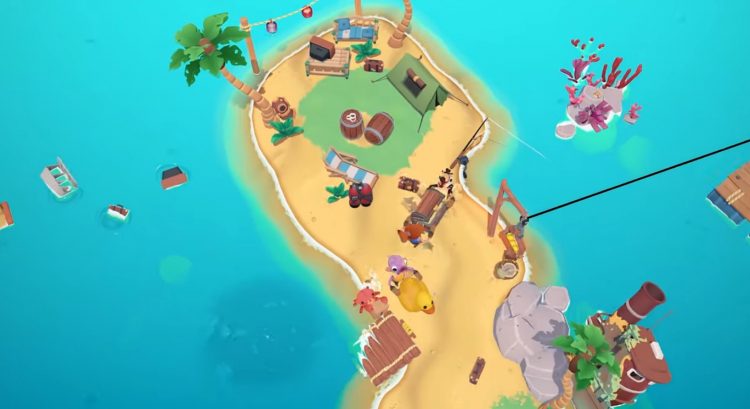 The idea of home

It also appears that there is not much of a home to shift stuff out of. Perhaps the objective is to create the best tropical getaway instead. A beach will be perfect for that, after you add in all of the modern comforts we are used to.

At this point, it is not clear if Movers in Paradise will be a free or paid DLC for Moving Out. The latest update in January added a new ‘moving in’ mode instead. Rather than moving things out, players had to do the reverse and shift stuff into a home.