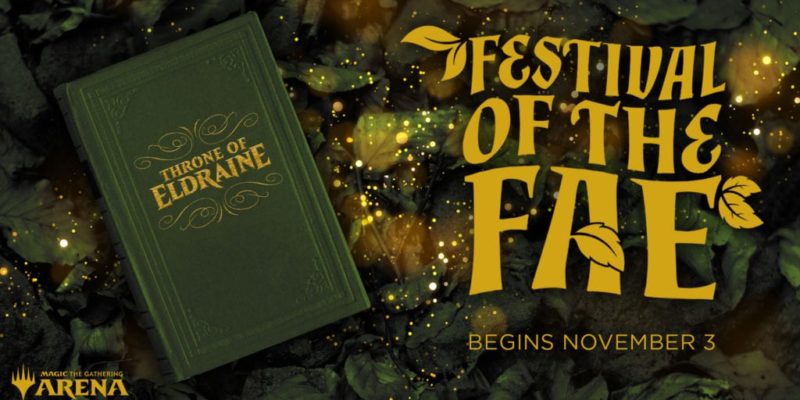 In celebration of the recently released fantasy-themed set Throne of Eldraine, Magic: The Gathering Arena is offering a series of free events dubbed Festival of the Fae. The events, called “chapters,” are running from now until November 20, each offering unique card styles and providing a unique way to play MTG Arena. Although there are prizes for five wins, there isn’t a limit on the number of games you can play. You can keep playing until you receive all of the rewards. The entry fee for each event is 2500 Gold or 500 Gems.

If all this is gibberish to you, be sure to read our MTG Arena quick-start guide. 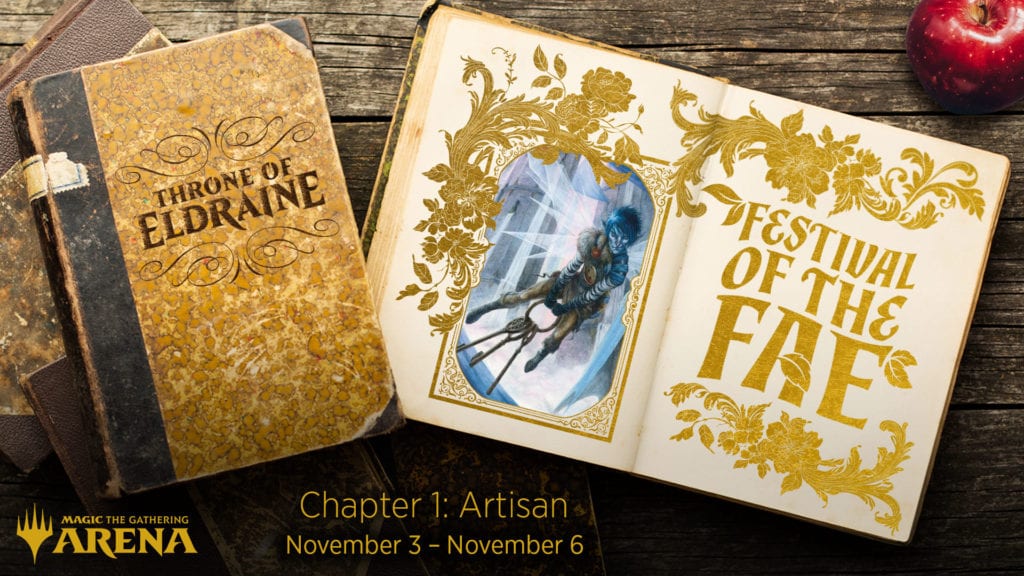 The first event is constructed, where you’ll bring a 60-card Standard-legal deck to duke it out. The twist is that you can only construct your deck using commons and uncommons. The event runs November 3 – 6. Banned cards and event rewards are listed below. 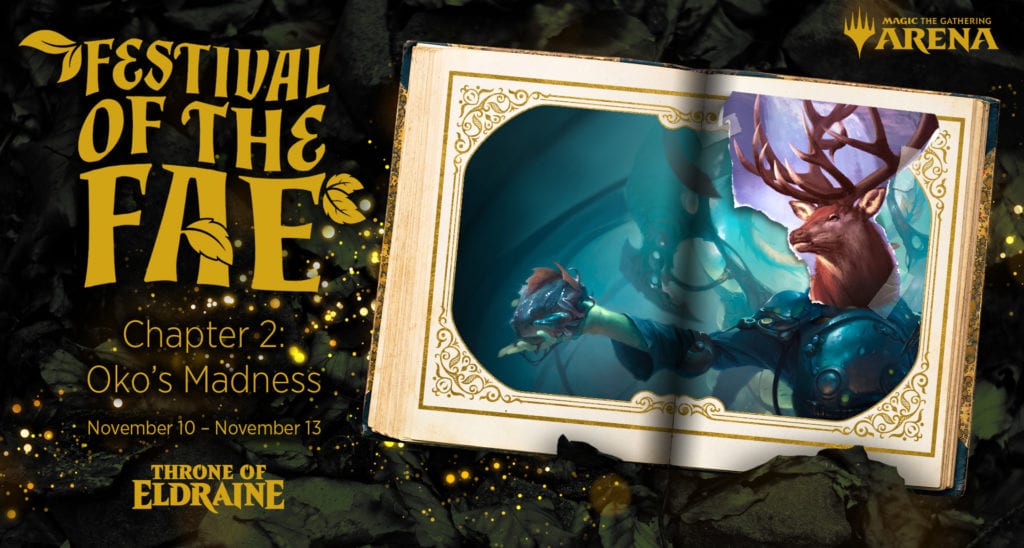 Oko’s Madness is a spin on Momir’s Madness, a popular Magic format where you discard cards to put random creature tokens into play. However, in Oko’s Madness, those creature tokens have base power and toughness 3/3 and are Elks in addition to their other types. Additionally, there’s a cap at eight converted mana cost. The event runs November 10 – 13.

To play this chapter of Festival of the Fae, you’ll begin the game with a 60-card deck featuring only basic lands. You can pay one mana and discard a card to create a token that’s a copy of a random creature with converted mana cost eight or less. This can only be done on your turn and the creature you receive is totally random. In addition to Standard-legal cards, there are a few other cards that may show up for you, which you can find below.

Additional Cards: The following creature tokens can also appear when creating a token through the Oko’s Whims emblem: 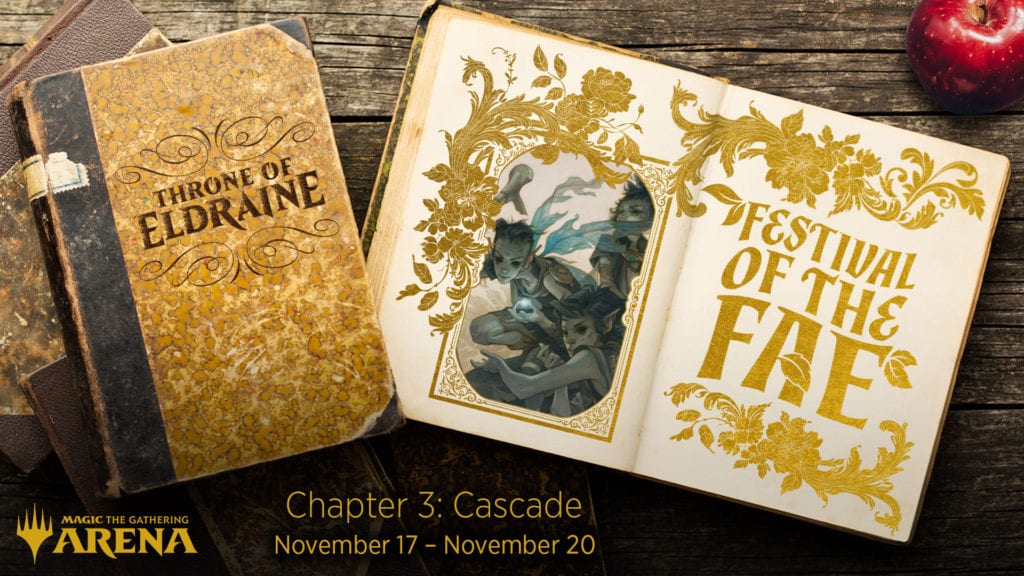 Like in the other formats, you’ll bring a 60-card deck to battle in Cascading Finale in MTG Arena. However, you can use any rarity and you’ll begin with a Maelstrom Nexus emblem in play. It reads: “When you cast your first spell each turn, exile cards from the top of your library until you exile a nonland card that costs less. You may cast it without paying its mana cost. Put the exiled cards on the bottom of your library in a random order.”

This mirrors the popular “cascade” mechanic from Magic’s past. The event runs November 17 – 20, ending the Festival of the Fae. You can find banned cards and rewards below.