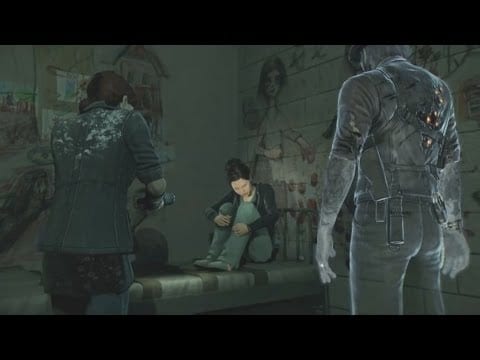 Dear diary, today I got murdered …

Things are not all that great in Murdered: Soul Suspect’s Salem. Evil spirits seem to keep popping up all over the place, and the police are so rubbish that some of the undead have to solve their own murders.

That’s the case for player-character Ronan O’Connor, a former detective who has recently been welcomed to the afterlife. Ronan will have some help from Joy, who has the advantage of being a living, breathing person who can actually pick stuff up. Although maybe being made of flesh isn’t such an advantage in a place like Salem.

The latest trailer, Buried, implies that there’s an even deeper mystery to uncover than your own death, so Ronan’s detective skills will be put to pretty heavy use. It’s kind of sounding like Silent Hill meets a point and click adventure game. Maybe.

If you live in Europe and have money, you have the option of buying a special limited edition version of Murdered: Soul Suspect. This comes with a “secret” journal (an actual, physical journal) containing more details about the spooky-dooky happenings in Salem and some artwork from the game. You’ll also get a “digital strategy map” which lets you keep track of the various items and side-quests in the title.

Hopefully it doesn’t just spoil where they all are, because that would be a bit crap. The price of the limited edition doesn’t seem to have been announced yet.

Murdered: Soul Suspect is due for release on 6 June. Here’s that Buried trailer.

Relic to discuss ‘future plans’ for Company of Heroes, 28 March