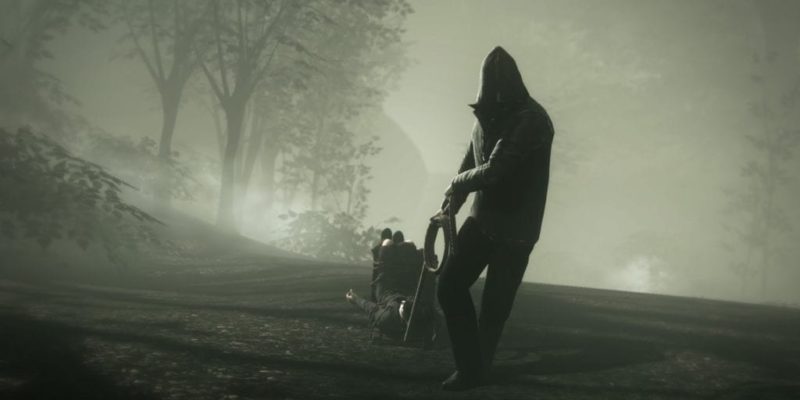 Ask not for whom it tolls.

You’d think a serial murderer dubbed The Bell Killer would be going around stabbing clock-towers, but no. In fact, Murdered: Soul Suspect’s pesky serial killer has picked up that name because he seems to leave paintings or images or bells at the scene of his crimes. Maybe he’s making some obscure pun about ringing the changes. Who knows.

Finding out the answer to “who knows” is pretty much going to be your task in Soul Suspect. As a victim of the killer yourself (or so this video appears to show,) you’ve got a bit of a vested interest in uncovering the identity of the Bell Killer and giving him a ding-dong battle. You’ll have to do that while also being a ghost though, which may prove tricky since you can’t really interact with physical things too well.

Instead, you’ll have to use your ghost powers to influence people and to lurk about in areas where people normally wouldn’t be able to go.

Murdered: Soul Suspect is continuing to sound quite bizarre, which is always something that gets me interested. It’s due in June.