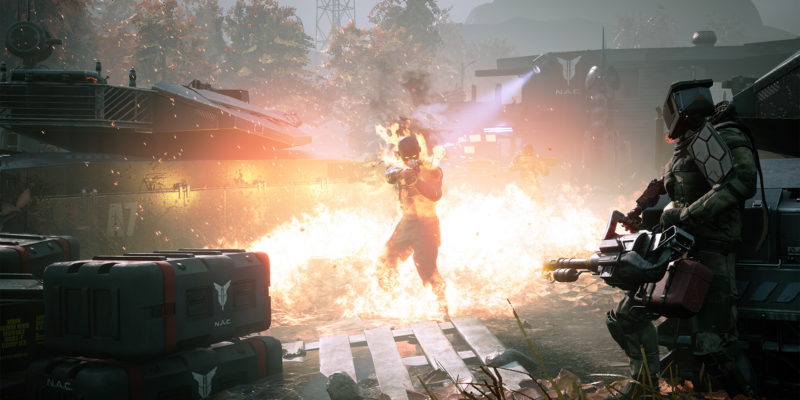 I was first introduced to The Bearded Ladies during a Game Developers Conference (GDC) a few years back. It was then that I first laid eyes on Mutant Year Zero: Road to Eden, a project the Ladies had been working on that was shown behind closed doors. The development team went on to launch Mutant Year Zero, finding success in sales and praise. Now the team is ready to move on with Corruption 2029, a tactical strategy title bearing some similarities to the studios’ previous work. Plus, we only have a few days left before we can get some hands-on time with it.

It seems like if you enjoyed Mutant Year Zero: Road to Eden, you might find some similarities in design with Corruption 2029. The use of cover, movement, and squad-based exploration all look to be a part of this new venture.

The press release notes that, in certain situations, violence isn’t always the answer. You can choose when to engage enemies, when to sneak past them, and how to use cover in both cases to produce the outcome that you had hoped for. That usually means infiltrating an area so that you won’t lose a squadmate even if you’ve positioned them at various points on the map. The combat is also turn-based, so you’ll have to be calculating in how you pull things off.

Time to squad up

As mentioned, you won’t have to wait long to play the new title from The Bearded Ladies. Corruption 2029 is planned for a release on February 17, which is less than a week from now. It will, at least for the time being, release exclusively on the Epic Games Store and have a price of $19.99 USD. The page for the game is now officially open, allowing you to view screenshots and info, as well as pre-purchase Corruption 2029.