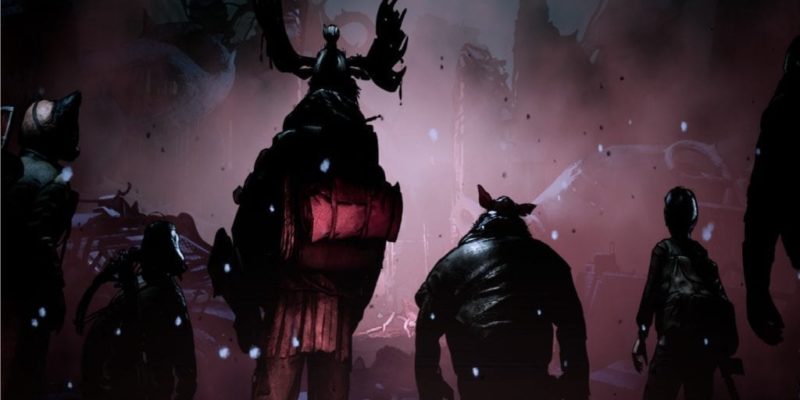 Mutant Year Zero: Road to Eden was a well-received tactical RPG from developer The Bearded Ladies. As you can see in our official review of the base game, you’d feel right at home if you’re familiar with turn-based strategy games like X-COM. Unfortunately, its main shortcoming is its length, with hardly any replayability. That’s where Mutant Year Zero: Seed of Evil comes in. The expansion aims to add to the Mutant Year Zero universe’s established lore. Will it succeed? Well, let’s find out in our review.

When we last saw our stalkers, the mutant wanderers of the wastes, they had just unearthed a discovery that shook the foundations of their existence. A trusted individual was revealed to have keen knowledge of what had led to the apocalypse. The Red Plague, the collapse of human civilization, and the rise of mutants — all of these may have been the machinations of someone who has managed to escape their grasp.

In their search, our intrepid heroes Bormin (a humanoid boar), Dux (a humanoid, uh, duck), Farrow (a fox), and others, found themselves in the inhospitable wastes of the north. In fact, a majority of zones you’d find yourself in would have vehicles buried in snow and dilapidated buildings reminding you of modern times long lost.

More information about what had transpired, providing you a glimpse into Mutant Year Zero’s lore, gets revealed fairly on in Seed of Evil. Then, surprisingly, just when you thought you’d get to the bottom of things, the rug gets pulled out from under you. 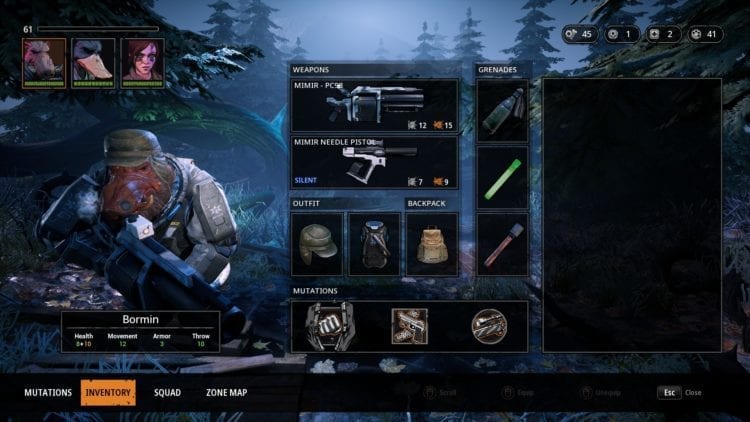 Feel free to start out with preset characters if you want to get straight to the expansion’s new content.

When I previewed Mutant Year Zero: Seed of Evil earlier this month, I started the game with pre-made and pre-leveled characters just to get to the meat of the expansion as soon as possible. However, I was only allowed to play the first couple of missions.

I mentioned meeting Goran, a former dweller of the Ark settlement who was driven out after he had gone mad. With Goran’s introduction, you’ll also learn more about the deadly flora that had sprouted all throughout. Red vines and plants have infested certain zones, and a new type of enemy — “Pods” — have emerged. These entities are corrupted scavengers and various enemy types that have been, for lack of a better term, infested by plant-life. Many of them are just beefier reskins.

Nevertheless, I felt intrigued thinking that more of the in-game universe would open up, delving deep into the mysteries of the Eden and the backstory of the world. That was not the case when I continued playing. 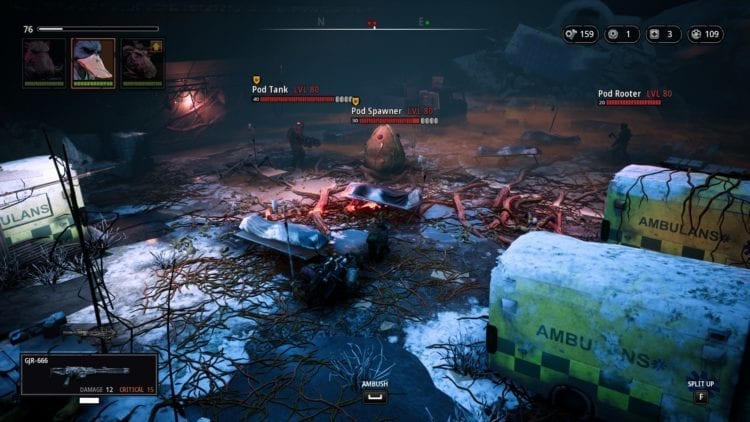 Most Pod enemies are beefier versions of certain mobs. The Pod Spawner, meanwhile, churns out new units every couple of turns or so.

Instead of finding out more regarding the deeper mysteries of Mutant Year Zero’s universe, the whole adventure in Seed of Evil gets significantly sidetracked. What you’re looking at would be eight or so new areas to explore and fight enemies in with barely any connection to Road to Eden’s narrative.

The focus solely becomes tracking Goran and taking him out. After that, the next mission is basically the final boss. I can, without a doubt, consider Seed of Evil’s boss fight as one of the most poorly-designed in any tactical strategy game. I didn’t even get a chance to pick up any of the drops. When the ending cinematic finished, I looked at the Ark which had a marker for “Future Adventures” — perhaps a future DLC, eh?

I won’t spoil the final level here, but you can expect a guide shortly (that will be oozing with so much annoyance). All in all, I was done with the main missions in roughly five hours. 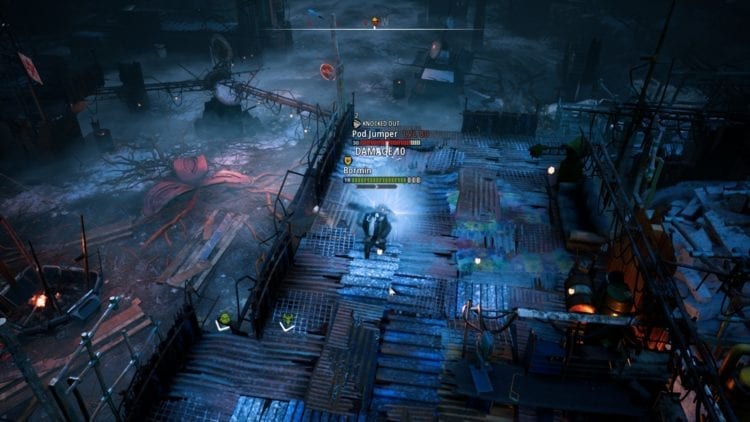 Not the final boss. It’s just Bormin charging at enemies to stun them, the perfect opener for every fight.

On the flip side, the new character Big Khan (a humanoid moose) is a welcome addition to your squad. One of his mutations (skills) allows him to stealthily get to new cover without being detected by mobs, even by those that are right next to him.

Even better, a handful of new skills are upgrades of existing ones that can completely turn the tide of battle. Bormin’s “Bear Smash” deals decent damage and knocks down an enemy for a couple of turns. You can eliminate lone patrols without being detected.

Given that Mutant Year Zero’s exploration mode allows you to reposition characters around the area, and to pick off mobs one by one, then these skills in Seed of Evil provide new tactical options once you start each fight. Since you’re clearing baddies while avoiding detection, it also prevents more reinforcements from trickling in. 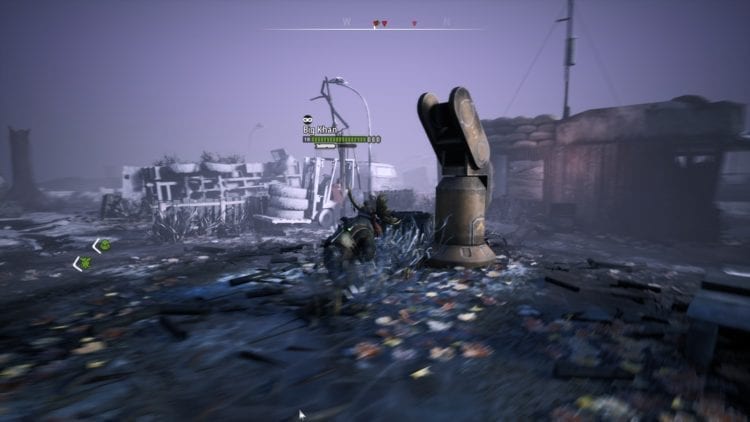 I love seeing this big moose sneak around just to smack Pod enemies in the face.

The downside is that Mutant Year Zero: Seed of Evil does have a few very noticeable technical problems as well. On a couple of occasions, my game crashed while loading a save. Even worse, one of Big Khan’s skills, the “Ground Pound,” caused freezes at times. My guess is that this happens when several enemies are close by, as the game freezes the moment you attempt to use the skill. This defeats the purpose of the skill itself which was supposed to be an AoE stun.

Apart from a lackluster story and final boss encounter, limited new missions, and technical issues, Seed of Evil makes you feel as though you’re not missing anything. Again, I started with pre-made and pre-leveled characters, but I was expecting loads of new items as I progressed. Instead, I was still using the same weapons and armor that I started the game with or the ones I obtained in the first couple of missions. There was barely anything worthwhile that dropped. There are some new encounters in the old zones that you’ve explored in Road to Eden, sure, but you’re mostly obtaining scrap (money) and a few consumables.

With around just eight zones to explore to continue the main story, and nothing much else to look forward to, Mutant Year Zero: Seed of Evil just planted a seed of doubt. Given that Road to Eden was already sorely lacking on replayability and game length, Seed of Evil disappointed on both counts as its first expansion. 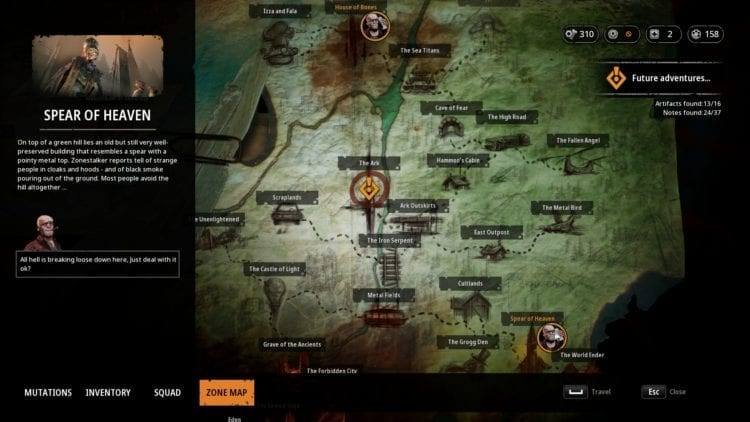 Looks like we’ll just need to wait for “future adventures?”

If you’re still keen on trying out Mutant Year Zero: Seed of Evil, you can find it via the Steam store page. For our official review of the base game, Mutant Year Zero: Road to Eden — which is required to play the expansion as it’s not standalone content — you can head over here.

The first expansion to Mutant Year Zero: Seed of Evil which has our mutated heroes searching for the truth about what happened to the world.
5

With a few technical issues, a disconnected story, a very short new campaign, and an unbelievably nonsensical final boss encounter, Mutant Year Zero: Seed of Evil is a disappointing expansion to a once-promising game.