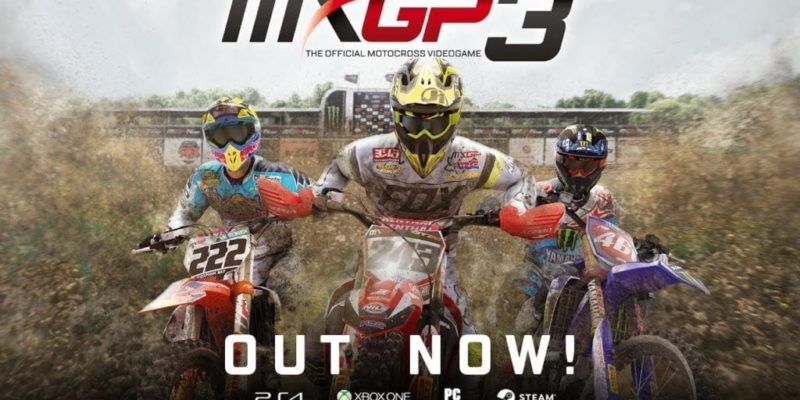 Get ready to race around on the dirt in MXGP3—The Official Motorcross Videogame. Developed by Milestone S.r.l, this racing-sim puts you behind the handlebars of powerful dirtbikes with the goal of taking first place on various tracks.

The game has just released on PC, PS4 and Xbox One. Here’s a description:

Experience all the adrenaline of Motocross with the official Championship’s only videogame! MXGP3 – The Official Motocross Videogame offers the most involving game experience ever, with completely new gameplay and graphics thanks to Unreal® Engine 4. Race on 18 official tracks and in the MXoN with all riders and bikes from the 2016 MXGP and MX2 seasons and be the first to experience the thrill of riding one of the 10 2-strokes available! Render your rider and your bike unique, with more than 300 official components for a complete customisation!

Full immersive experience
Completely rebuilt from scratch and based on Unreal® Engine 4 for ultrarealistic graphics and scenarios, astonishing details and incredible visual effects.

MotoGP17 Will Have an Unlocked Framerate on PC, 60FPS on All Platforms