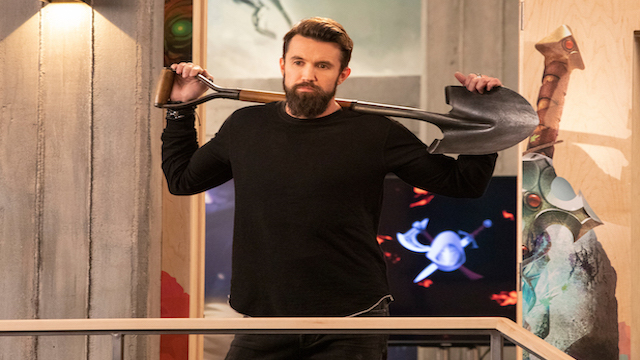 It’s too soon to tell if the comedy series Mythic Quest: Raven’s Banquet will be a big hit with the gaming community. That said, Apple seems to have a lot of confidence in it. Ahead of its premiere next month, The Hollywood Reporter confirmed that Apple has renewed the Rob McElhenney series for a second season.

What is Mythic Quest all about?

The initial trailer for Mythic Quest debuted last year during Ubisoft’s E3 press conference (as Ubisoft is one of the companies producing the show). It stars McElhenney as Ian Grimm, who runs a top-notch game development studio. However, that doesn’t always mean he’s a success. In fact, his ego forces him to clash with his staff a lot more than he’d prefer. One might suggest that hijinks ensue.

Mythic Quest‘s latest trailer shows the in-and-outs of gaming development — with a comedic twist. This includes a motion capture session that gets a bit visceral, as well as Grimm talking to his staffers. Or rather, down to his staffers.

There’s no word yet on when its second season will begin production, but it shouldn’t be too long, depending on its popularity.

Mythic Quest: Raven’s Banquet‘s first season is set to arrive on February 7, exclusively on Apple’s streaming service. By that point, we should have a better idea in terms of whether video game fans (and developers, for that matter) will enjoy it.

For those that don’t have Apple TV+ just yet, it does currently have a 7-day free trial. You can learn more about that here. And, if you purchase any kind of Apple-related device, you get a year of the service on the house.

Temtem gets an anime-style trailer ahead of launch day