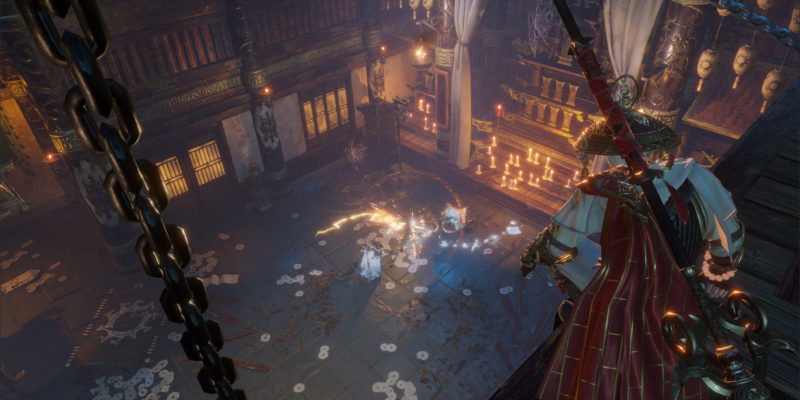 A new addition to the action and adventure genre has entered closed beta today. Naraka: Bladepoint allows you to take on the role of a warrior. To access the closed beta, you will not be surprised to learn that you need a beta key. These can be acquired by applying on the Naraka: Bladepoint website, or on the game’s official Discord. Although the beta is focused on the North America region, you can still play the game outside of this area. However, the developers have warned players outside of North America that they could experience some lag and other latency issues.

In the game, you will have the chance to play as different characters. Each character has their own abilities and skill sets. The movement in Naraka: Bladepoint allows for a wide range of possibilities. Firstly, the mechanics allow you to climb, hang, and try your hand at parkour as you can take advantage of wall running. Also, you will have a grappling hook which can be used to travel in any direction. Apart from that, Naraka: Bladepoint will see you take on the enemy with only melee weapons.

Players got a first glimpse of the game when a trailer was unveiled at The Game Awards 2019. The trailer shows off the breath-taking landscapes, as well as the action packed gameplay.  Developer 24 Entertainment also showed off some behind the scenes footage. Here, you can get an insight into the Chinese culture that inspired Naraka: Bladepoint.

It is just the beginning for Naraka: Bladepoint

Currently, there is no official release date for the full game. It will be interesting to see how the game develops and what improvements will be made as a result of the closed beta. The gaming industry in China seems to be growing all the time. Perhaps we can expect more thrilling titles from Chinese companies such as 24 Entertainment in the future.

Kingdoms Reborn — Is It Worth It?