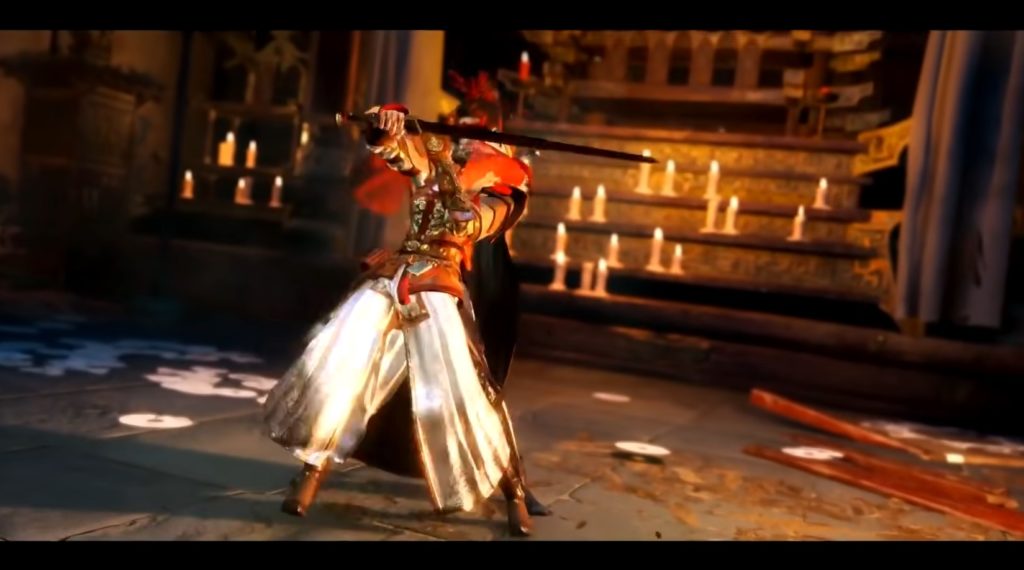 With the likes of Sekiro: Shadows Die Twice and Nioh 2, it seems that there’s no shortage of Eastern-inspired action games. Heck, we even saw a resurrection of Capcom’s classic Onimusha: Warlords, a game that I’m fond of for its brevity and challenge. Well, from breakout Chinese studio 24 Entertainment is coming Naraka: Bladepoint, a third-person action game, and the studio just unveiled this short-but-sweet behind the scenes video. If the game seemed mysterious before, it’s even more so now.

If you’re curious about the costume and the high-pitched vocal sounds, they originate in the Kunqu tradition. Kunqu Opera is a form of Chinese stage performance that goes back as far as the 16th Century.

Naraka: Bladepoint was first unveiled at The Game Awards 2019. Since then, it’s captured attention for its stylish nature and quick, jumpy combat. The characters can seemingly wall-run, wall-jump, hook, and grapple their way around the map. While we know the game will offer a multiplayer experience, we don’t know much else on that front.

The big question for me is: will there be co-op? Co-op always wins points in my book. There simply can’t be enough games that offer cooperative gameplay. If the multiplayer instead offers PvP, does this mean we’re looking at a third-person competitive sword-combat game?

With the ever-growing video game industry in China, we can expect to see new titles coming from there in the future. Tencent, for instance, seems to be expanding all the time. We also know that Tencent Holdings has a stake in Activision-Blizzard. And, of course, the company is responsible for such juggernauts as PUBG, Fortnite, and League of Legends. Hopefully, however, we’ll continue to see smaller studios such as 24 Entertainment rise in popularity. Sometimes, some of our very favorite gaming gems can hide in the shadow of these larger corporate entities.

Naraka: Bladepoint releases on Steam in 2020. Now, will we ever see a Tenchu resurrection?

Cyberpunk 2077 won’t have VR support, DLC expected to be Witcher-style