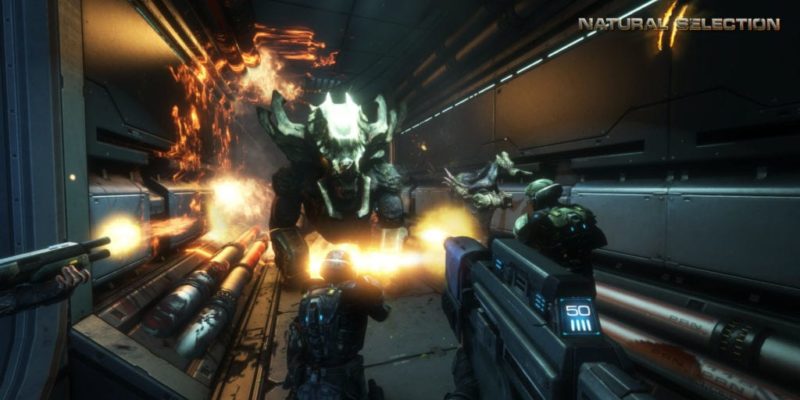 Natural Selection 2 has been out for about four years but it may have passed you by. This weekend the game is free to play on Steam.

Natural Selection 2 is a weird beast, a team of aliens take on a team of marines on a map. The marines have a designated players who sit in a command pod commanding the other marines. It’s fairly enjoyable although not everyone is that enamoured by the aliens. The aliens, in my opinion, are the weakest part of the game. Still, it’s not bad at all and at least it’s a little different.

The free weekend kicks off today and there is also a new build of the game live which comes with a new game mode called Infested.

You have been dispatched to deal with a dangerous pathogen which has been detected within a remote TSF outpost. Race to repair the air filtration system before the pathogen corrodes it too severely and the air becomes overwhelmed by infectious spores. But watch out, one of your teammates has already been infected!

The game can be played now through Steam for free.

Stellaris outlines the aims for upcoming Kennedy and Banks updates