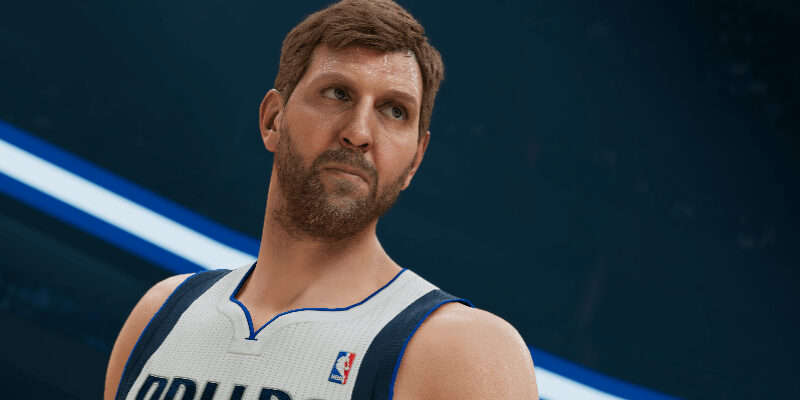 In a recent blog post NBA 2K‘s gameplay director Mike Wang detailed some of the upcoming features of the next NBA 2K game. Among these was the confirmation of both a reworked shot meter and 17 new badges that are coming to NBA 2K22.

This is the first official information fans have received about the popular basketball series. Some details were given away in a series of tweets posted by Wang last month but these were later deleted. Unfortunately, those specifically interested in MyCareer details will have to wait until September 6.

Mike Wang emphasizes that these changes have been made to make shot IQ the most important aspect of offensive play. Teams in NBA 2K22 that move the ball around and find good looks will benefit more from the new shot meter. Those that throw up bad shots will miss more often than in previous games. 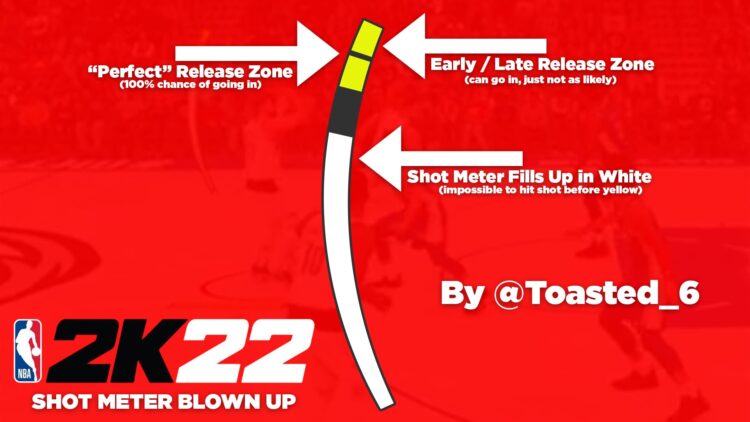 A visual breakdown of the new shot meter, as posted on Twitter by @Toasted_6

The other notable chunk of information revealed in the blog post is that NBA 2K22 will feature 17 new badges. Badges are essentially specialization perks that allow players to tweak what they want to be most skilled at. Having more of these in the game is great, as it opens up more options for players to pick from.

An example of a new badge is Chef, a badge inspired by Steph Curry, which improves a player’s ability to hit off-dribble deep threes. Another example is Lucky #7, a badge that improves scoring ability in the first seven seconds of a shot clock. This badge is based on James Harden’s game. Many of the new badges take inspiration from real-life superstars, making it easier than ever for fans to recreate their favorite players.