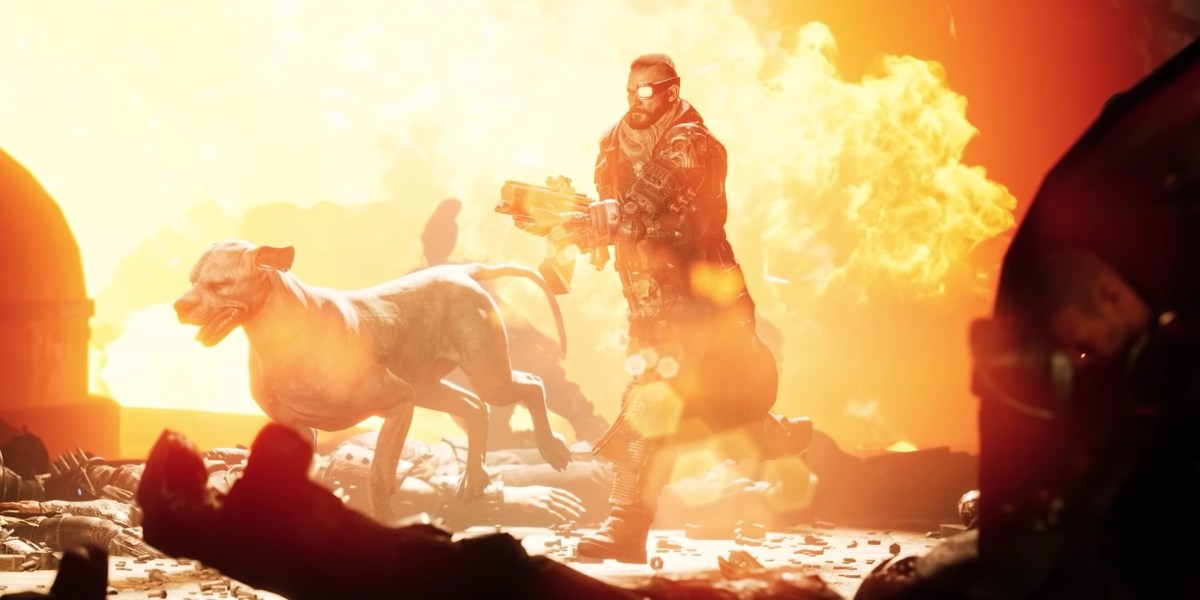 Necromunda: Hired Gun has already established itself as a gritty, visually disgusting game. I don’t mean that the game’s graphics are bad. If anything, they’re great. However, the actual things you come across in the game are grotesque. Players gunning their way through the underbelly of Necromunda will need something, or someone, to brighten up their day. Thankfully, a new trailer for Necromunda: Hired Gun shows off the animal companion players will have in the game, a cyber-dog that will maim your enemies for you.

Customize more than your dog

Your dog isn’t the only thing that can receive some improvements in Necromunda: Hired Gun. Players will also be able to upgrade themselves with various cybernetic mods implanted across their bodies. Weapons are also rife with customization, although we don’t get a very good look at what can be changed. The trailer shows a menu where a player is buying a new barrel for their gun, along with a long list of stats that can be changed with different upgrades. Another part of the trailer shows a gun with various sights and other attachments. Special ammunition also seemingly plays a part in Necromunda: Hired Gun. In some of the combat clips shown, bullets explode with fire, ice, or some kind of acid.

Necromunda: Hired Gun is set to launch on June 1, 2021, and will be available on both Steam and the Epic Games Store.