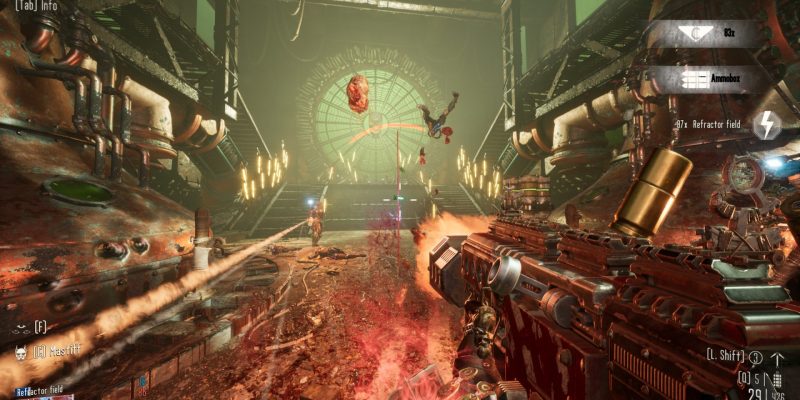 I was quite fond of Necromunda: Hired Gun when it launched, but it had some quirks that certainly could have been improved upon — thankfully, the game’s second patch went up today. With it came some very helpful changes that make the game more polished, while adding new elements and focusing on stability and bug fixes. Now it should be a little easier to enjoy yourself while blasting cyberpunk enemies into tiny pieces while your freaky cyborg dog tears people’s throats out. The underhive is truly a special place, isn’t it?

As for what’s new in this Necromunda: Hired Gun patch, a surprising number of additions can be found. Upon leaving the merchant’s shop, new dialogue will play. NPCs now have a new melee attack, and non-boss variety Eschers can no longer become invisible, which should make them somewhat less of an annoyance than they were previously. There are also some new sounds for grenade launcher attacks and for when you overload a cell with the pistol or plasma gun. Mercifully, when your weapon runs out of ammo, it’ll automatically reload now instead of making you do it manually every time. You can also disable the crosshair and enemy outlines, plus there’s a new flinch animation when you rip away an Orlock’s shield.

The main feature of this Necromunda: Hired Gun patch, as stated previously, is the stability and bug fixes. Improvements to the game’s stability were made across the board and instances of stuttering should be greatly reduced. Although, the dev team has admitted that it’s still working on that. The AI is now less likely to stand around and do nothing when they should be trying to murder you, players will no longer get stuck in chests, and even the game’s janky takedowns have gotten some improvements. Before, the game had issues with using them when the player and enemy weren’t at similar heights. You can read the entirety of the patch notes here. 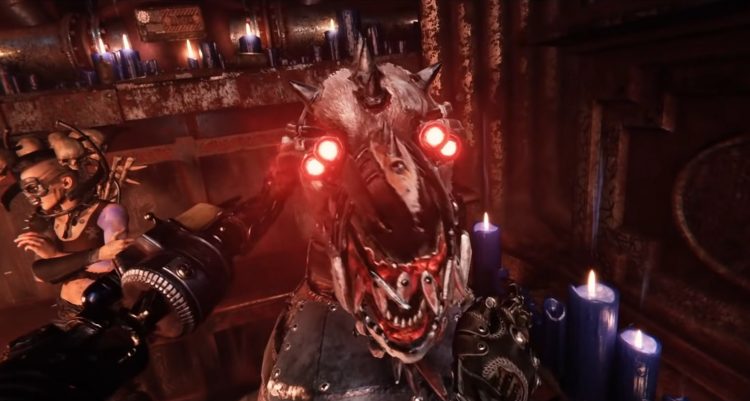